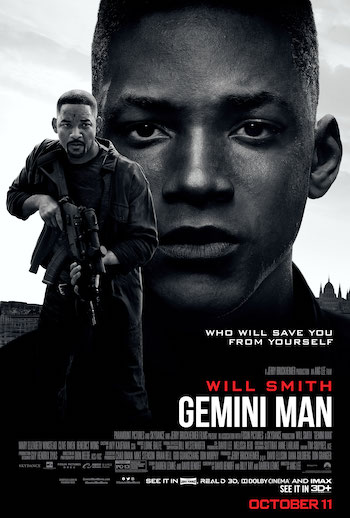 Hey everyone! Paramount Pictures’ new film Gemini Man is coming to theaters on October 11, but we are giving our followers the chance to see it for free before then! To enter to win guaranteed seats to the special advance screening being held on Tuesday, October 8 at 7pm in Salt Lake City, email your full name and birthdate to AlliedSaltLake@gmail.com with “GEMINI PLACE” in the subject line. Entry deadline is Monday, October 7 at noon. Good luck!

Synopsis: Gemini Man is an innovative action-thriller starring Will Smith as Henry Brogan, an elite assassin, who is suddenly targeted and pursued by a mysterious young operative that seemingly can predict his every move. The film is directed by Academy Award®-winning filmmaker Ang Lee and produced by renown producers Jerry Bruckheimer, David Ellison, Dana Goldberg and Don Granger. Also starring are Mary Elizabeth Winstead, Clive Owen and Benedict Wong. #GeminiMan