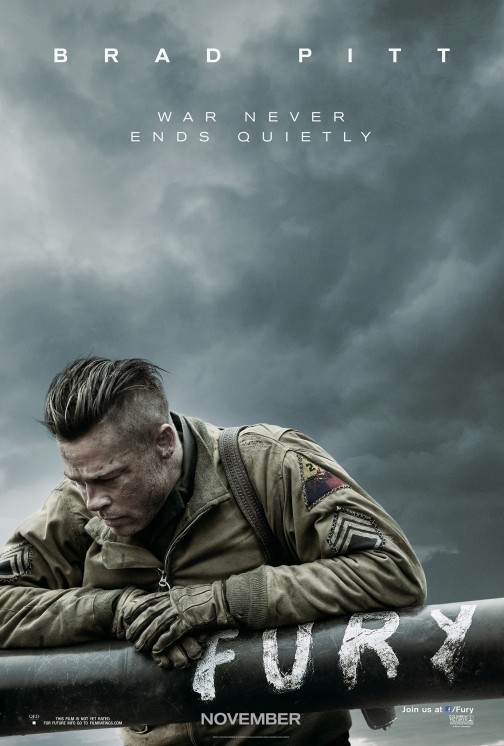 You and a guest are invited to attend a special advance screening of Fury, the World War II film starring Brad Pitt, Shia LaBeouf and Logan Lerman. Click here to download your complimentary passes to the advance screening being held on Wednesday, October 15 at 7PM in West Valley City, UT. (Pass admits up to two, while supplies last. Passes do not guarantee admission as theater is overbooked. ARRIVE EARLY to line up for ticket exchange!)

It’s April, 1945. As the Allies make their final push in the European Theatre, a battle-hardened army sergeant named Wardaddy (Pitt) commands a Sherman tank and her five-man crew on a deadly mission behind enemy lines. Outnumbered, outgunned and with a rookie soldier thrust into their platoon, Wardaddy and his men face overwhelming odds in their heroic attempts to strike at the heart of Nazi Germany.