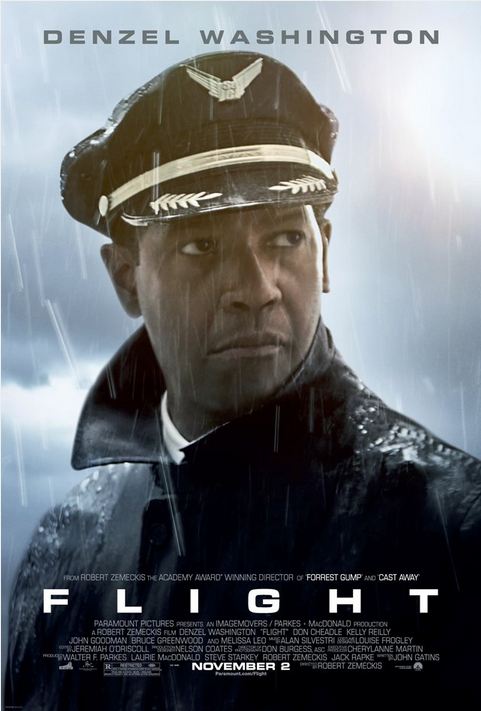 Do you want the chance to see FLIGHT in Salt Lake City on Thursday, November 1 at 7:30PM before it hits theaters? Click here for your chance to download a printable pass for you and your co-pilot! FLIGHT opens everywhere November 2!

FLIGHT (Paramount)
Opening Date: November 2, 2012
Rated R for drug and alcohol abuse, language, sexuality/nudity and an intense action sequence.
Synopsis: In this action-packed mystery thriller, Academy Award winner, Denzel Washington stars as Whip Whitaker, a seasoned airline pilot, who miraculously crash lands his plane after a mid-air catastrophe, saving nearly every soul on board. After the crash, Whip is hailed as a hero, but as more is learned, more questions than answers arise as to who or what was really at fault and what really happened on that plane?
www.paramount.com/flight