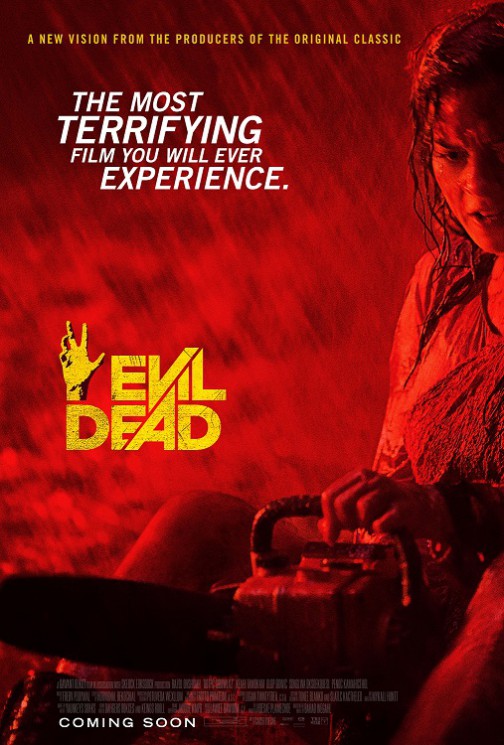 You and a guest are invited to a special advance screening of EVIL DEAD on Tuesday, April 2 at 7pm in Salt Lake! Click here to download your complimentary passes. (Each pass admits 1. Limit 2 passes per person, while supplies last. Passes do not guarantee admission. Seating is on a first come, first seated basis. Theater is overbooked, ARRIVE EARLY for ticket exchange starting at 4pm!)

Raimi wrote, directed and, along with Rob Tapert and Bruce Campbell, produced the original horror classic The Evil Dead that tells the story of five twenty-something friends who become holed up in a remote cabin where they discover a Book Of The Dead. An archaeologist’s tape recording reveals that the ancient text was discovered among the Khandarian ruins of a Sumerian civilization. Playing the taped incantations, the youths unwittingly summon up dormant demons living in the nearby woods, which possess the youngsters in succession until only one is left intact to fight for survival.