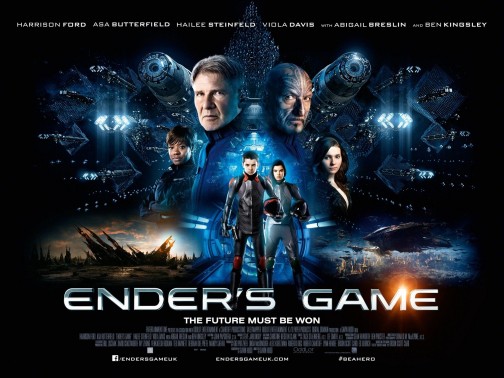 You and a guest are invited to a special advance screening of ENDER’S GAME being held on Tuesday, Oct. 29 at 7PM in Salt Lake City, Utah. Click here to download your printable passes now! Passes do not guarantee admission. Seating is on a first come, first seated basis. Theater is overbooked, ARRIVE EARLY!

ENDER’S GAME opens nationwide on Friday, November 1! Seventy years after a horrific alien war, an unusually gifted child, Ender Wiggin (Asa Butterfield), is sent to an advanced military school in space to prepare for a future invasion. Ender is soon ordained as the military’s next great hope, resulting in his promotion to Command School where he will soon lead his fellow soldiers into an epic battle that will determine the future of Earth and save the human race.