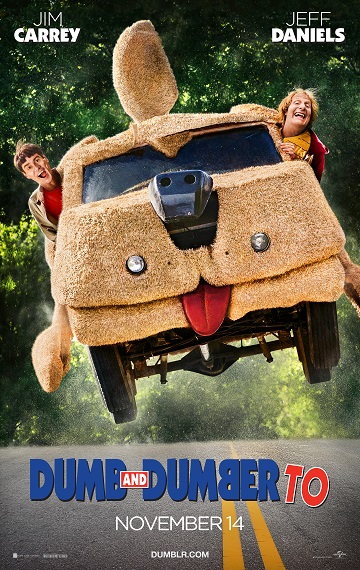 Do you want to see Dumb and Dumber To before it hits theaters? Click here to enter to win a pass for you and a friend to check out an advance screening being held on Wednesday, November 12 in Salt Lake City! Seats in the theater are first-come, first-serve so please arrive early!

Jim Carrey and Jeff Daniels reprise their signature roles as Lloyd and Harry in the sequel to the smash hit that took the physical comedy and kicked it in the nuts: Dumb and Dumber To. The original film’s directors, Peter and Bobby Farrelly, take Lloyd and Harry on a road trip to find a child Harry never knew he had and the responsibility neither should ever, ever be given. Dumb and Dumber To opens everywhere on November 14! www.dumblr.com