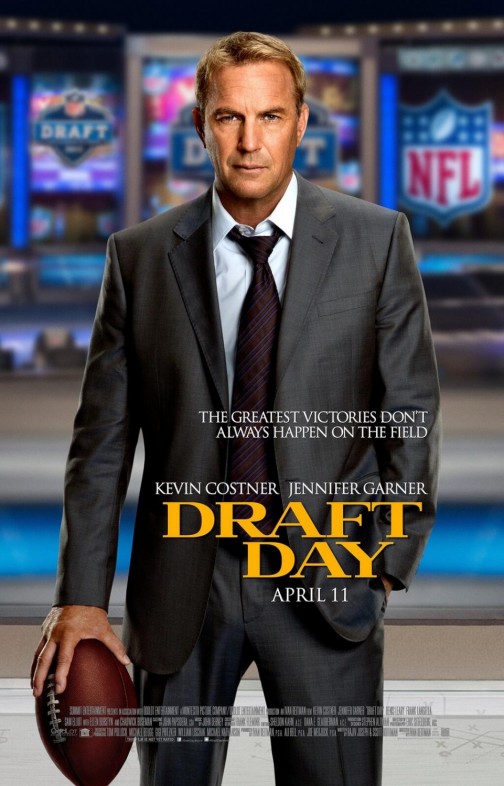 To coincide with next week’s Superbowl, we’re giving away passes to an extremely early advance screening of Draft Day being held on Thursday, January 30 at 7PM in Salt Lake City! (Draft Day doesn’t open to the public until April 11!) Click here to download passes now – and act fast to get them before they’re gone! Seats in the theater are first-come, first-serve so please arrive early to exchange your passes for actual tickets. Contact the theater for pass exchange times.

On the day of the NFL Draft, general manager Sonny Weaver (Kevin Costner) has the opportunity to save football in Cleveland when he trades for the number one pick. He must quickly decide what he’s willing to sacrifice in pursuit of perfection as the lines between his personal and professional life become blurred on a life-changing day for a few hundred young men with dreams of playing in the NFL.