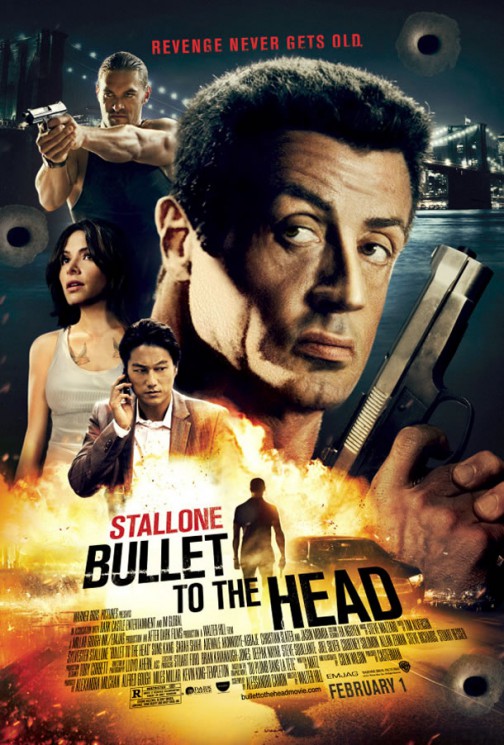 The Reel Place is excited to be giving away Hollywood Movie Money to the new Sylvester Stallone action flick, BULLET TO THE HEAD. Text the word “HITMAN” and your zip codes to 43549 (ex: HITMAN 84101). Winners will be notified Thursday, January 31. As a reminder, Hollywood Movie Money comes in the form of vouchers that will get you in to see the film whenever and wherever you choose – so these passes are not limited to the Salt Lake City area.

BULLET TO THE HEAD
In Theaters February 1
Rated R for strong violence, bloody images, language, some nudity and brief drug use.

From veteran tough-guy director, Walter Hill (48 Hours, The Warriors) comes the action thriller BULLET TO THE HEAD. Based on the graphic novel Du Plomb Dans La Tête, hitman Jimmy Bobo (Sylvester Stallone) joins forces with a New York cop (Sun Kang, Fast Five) to get revenge on the killer of their partners and uncover a conspiracy while battling their way through the New Orleans underworld.