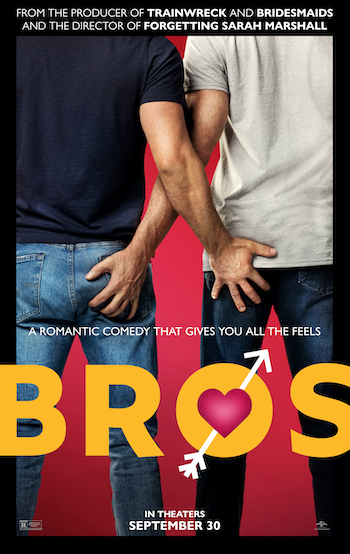 Check out an advance screening of Bros on Tuesday, September 27 at 7PM in Salt Lake City! Click here for your chance to download a screening pass for you and a friend! Good luck!