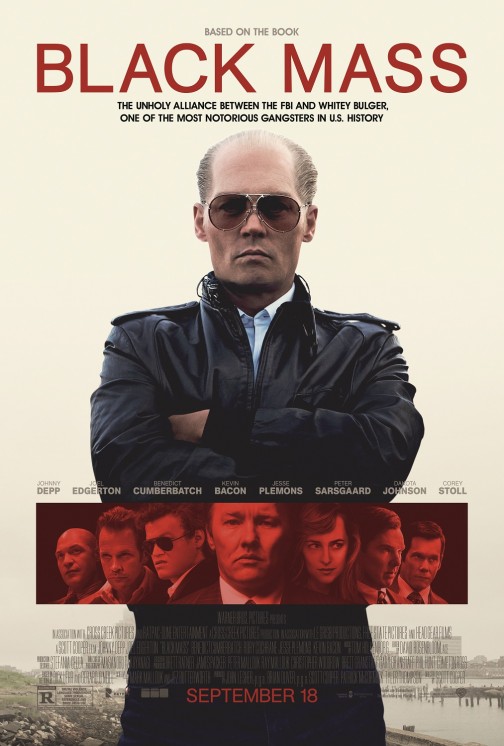 You and a guest are invited to a special advance screening of Black Mass starring Johnny Depp! Click here for your chance to download an admit-two pass to the special advance screening being held on Wednesday, Sept. 16 at 7PM in Salt Lake City. Passes admit up to two, while supplies last. Passes do not guarantee admission as theater is overbooked. Arrive early for ticket exchange process! We’ll see you there!

In 1970s South Boston, FBI Agent John Connolly (Joel Edgerton) persuades Irish mobster Jimmy Bulger (Depp) to collaborate with the FBI in order to eliminate their common enemy: the Italian mob. The drama tells the story of this unholy alliance, which spiraled out of control, allowing Whitey to evade law enforcement while consolidating his power and becoming one of the most ruthless and dangerous gangsters in Boston history. #BLACKMASS in theaters Sept. 18. www.BlackMassTheMovie.com