Advance Screening Passes: 'The Devil Inside' 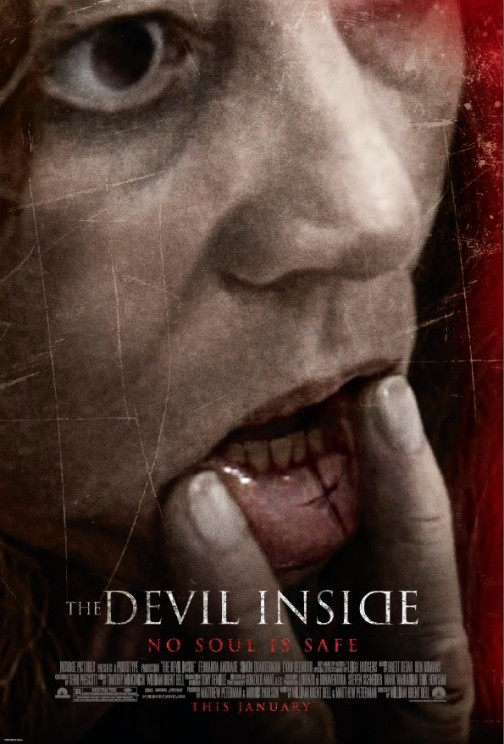 NO SOUL IS SAFE. You and a guest are invited to a special advance screening of THE DEVIL INSIDE on Thursday, January 5 at 7:30PM in Salt Lake City. Visit www.gofobo.com/rsvp and enter RSVP code: REEL86CW to download your complimentary passes. (Limit 2 passes per person, while supplies last. Passes do not guarantee admission. Seating is on a first come, first seated basis. ARRIVE EARLY for ticket exchange.)

THE DEVIL INSIDE
Rated: R
Opens: January 6
In 1989, emergency responders received a 9-1-1 call from Maria Rossi (Suzan Crowley) confessing that she had brutally killed three people. 20 years later, her daughter Isabella (Fernanda Andrade) seeks to understand the truth about what happened that night. She travels to the Centrino Hospital for the Criminally Insane in Italy where her mother has been locked away to determine if her mother is mentally ill or demonically possessed. When she recruits two young exorcists (Simon Quarterman and Evan Helmuth) to cure her mom using unconventional methods combining both science and religion, they come face-to-face with pure evil in the form of four powerful demons possessing Maria.