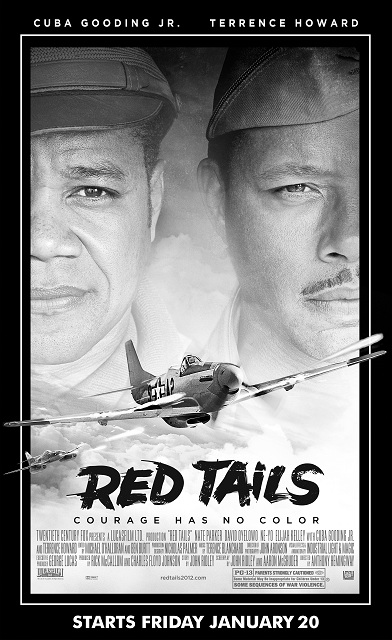 You and a guest are invited to a special advance screening of RED TAILS on Thursday, January 19th at 7pm in Salt Lake City. Visit www.gofobo.com/rsvp and enter RSVP code: REELMX4E to download your complimentary passes. (Each pass admits 1. Limit  passes per person, while supplies last. Passes do not guarantee admission. Seating is on a first come, first seated basis. ARRIVE EARLY for ticket exchange.)

George Lucas, who has created some of the most electrifying aerial battles in movie history, is now bringing to life the stirring tale of the courageous black pilots of the Tuskegee program, unsung heroes who were our country’s last hope against a seemingly unbeatable enemy