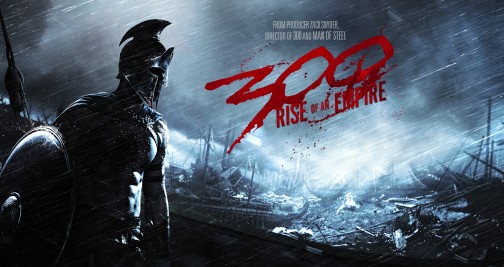 Experience action and epic battle sequences as armed forces of Sparta and Persia fight for superiority! Click here to enter to win passes to the special advance screening of 300: Rise of an Empire being held on Monday, March 3 at 7PM in Salt Lake City. The deadline to enter is February 27. Screenings are first-come, first-serve. Please contact the theater to find out when they’ll begin trading passes for tickets and arrive early.

300: Rise of an Empire is a stylized action film that is a companion story to Zack Snyder’s blockbuster film 300 which stormed into theaters in March 2007 and grossed nearly half a billion dollars worldwide. Rise of an Empire delivers amazing 3D action and epic battle sequences as the armed forces of Sparta and Persia fight for superiority … this time on the high seas. It also introduces new characters – including the Persian naval commander, Artemisia, played with ferocity by Eva Green. 300: Rise of an Empire opens in theaters on March 7 and has been rated R for strong sustained sequences of stylized bloody violence throughout, a sex scene, nudity and some language.