'The Winter Soldier' breathes much-needed new life into the Marvel Universe, leaving behind the now never-ending tales of otherworldly threats and comic relief. Made for those who love the Marvel Cinematic Universe, as well as those who are burned out on it. The die-hard geeks will love it just as much as those who love political thrillers and action flicks. 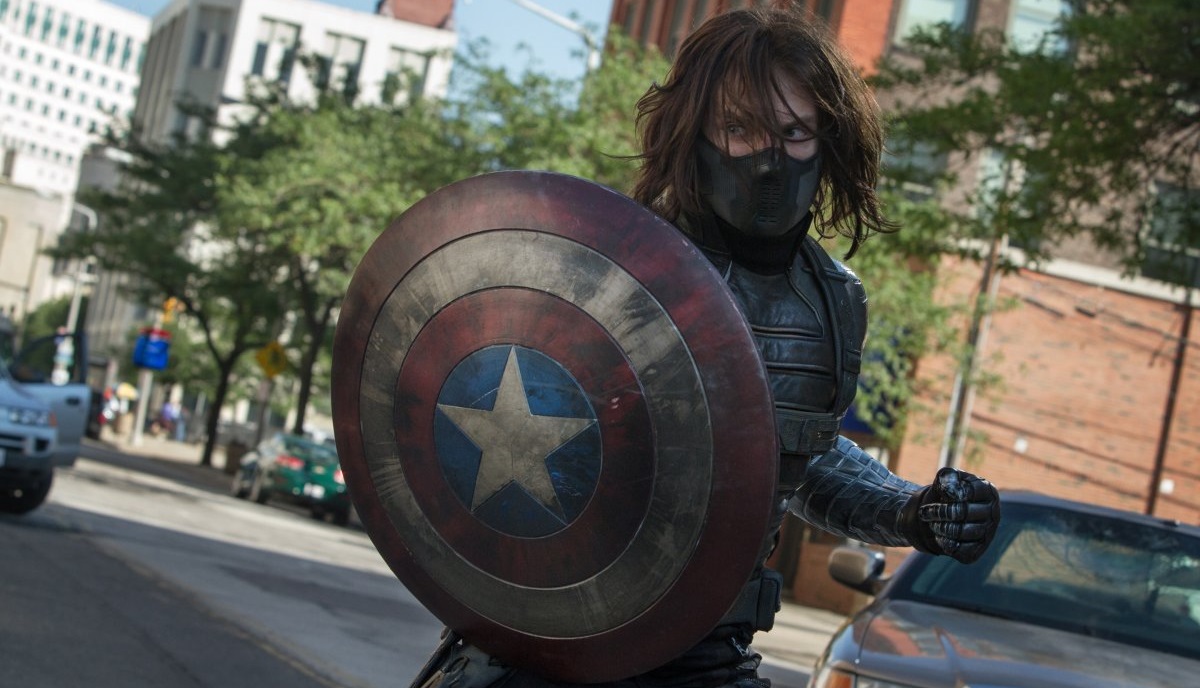 Let’s be honest. With a lame TV series (Agents of S.H.I.E.L.D.) and two movies each year – all of which carry an identical tone – Marvel is burning us out. Although I loved it, I’ve been burned out since The Avengers. Iron Man 3 should have been titled Iron Meh and Thor: The Dark World was a forgettable plotless, villainless and brainless excuse to have Chris Hemsworth swinging a hammer for two hours. But despite this new-found franchise cynicism, Captain America: The Winter Soldier has made me remember what it’s like to love a good – the keyword being “good” – comicbook movie.

Even since the first Thor, Marvel has been cramming aliens and other worlds down our throats. They’re about to force-feed us even more this summer with Guardians of the Galaxy. I say enough is enough. And, thank heaven, the folks behind The Winter Soldier agree. Based in a mostly believable reality, Captain America 2 is a deep breath of fresh patriotic American air.

It’s hard to get into the plot of The Winter Soldier without giving too much away, but I’ll explain as much as possible without spoiling anything. If you don’t remember much about Captain America: The First Avenger, then I recommend re-watching it prior to The Winter Soldier, as this story relies heavily on certain elements from the first – more so than The Avengers, although expository dialogue needlessly reminds us about how different the world is “after New York.” (Am I the only one getting bugged by how they keep trying to make the Avengers events in New York City out to be the Marvel Cinematic Universe’s equivalent of September 11, 2001?)

The movie opens with Cap working at S.H.I.E.L.D. headquarters in Washington DC. We get a good sense of what he’s up to and how he’s still trying to adjust to modern day. To keep himself occupied and grounded, he’s constantly working on secretive missions across the globe, as if he is S.H.I.E.L.D.’s person Jason Bourne. Shortly into the film, it becomes obvious to us, and Cap, that things aren’t all right in the nation’s capital. A web of lies and deceit has been spun all around him, one that the collective Avengers cannot unravel; only Captain America and a few trusted friends can restore justice, so unlike Iron Man 3 and Thor: The Dark World, you’re not constantly asking, “Why haven’t the other Avengers shown up yet?”

The reality that The Winter Soldier is grounded in very similar to ours. Sure, there are a couple of unbelievable elements in it – it’s a comicbook movie after all! – but at least it’s not more of the same two notes that Marvel has been plunking at for several films in a row: there aren’t any aliens and Loki isn’t the bad guy. Instead, what we get with The Winter Soldier is more like a hybrid of Patriot Games (or any other Jack Ryan film) and Minority Report. The story is good, the action is great and the intensity is thick. It took a complete re-imagining and re-tooling of the Marvel approach to films to finally make a fantastic one again.

Summer starts early this year with a fantastic blockbuster that’s certain to please Marvel geeks as well as fans of action flicks and political thrillers. Not that there are any major twists or revelations, but you won’t want to be the last one to see Captain America: The Winter Soldier. And, as always, stick around during and after the credits for a few teasing Easter Eggs.