The Legend of Tarzan

Too violent for kids and too boring for anyone with a pulse. Made for only Tarzan's biggest fans.

Rated PG-13 for sequences of action and violence, some sensuality and brief rude dialogue. 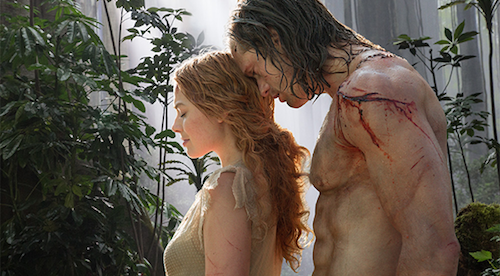 When it comes to the film adaptations of Edgar Rice Burroughs, the old saying holds true, “try, try again.” While not for lack of trying, it’s almost sad when the only film people think of when Burroughs is mentioned is the 1999 animated Tarzan from Disney. While Disney may have sunk its own budget in director Andrew Stanton’s John Carter (also Burroughs), Warner Bros. is now stepping up to crash and burn a big budget Burroughs epic of their own with The Legend of Tarzan. Throwing their trust in director David Yates — who directed the last four Harry Potter films and the upcoming spinoff Fantastic Beasts and Where to Find Them — it’s such a shame that this new Tarzan is a complete swing and a miss. I hate to say it, but Yates has become the new Stephen Sommers by delivering his own Mummy Returns.

It’s 1884 and the Berlin Conference has decided to divide the Congo. The diamonds of Opar are an elusive commodity, but Leon Rom (Christoph Waltz) has a plan: make a pact with Chief Mbonga (Djimon Hounsou) to deliver Tarzan (Alexander Skarsgard) to him in exchange for the diamonds. Back in London, John Clayton/Tarzan is doing what he can to separate himself from his feral upbringings amongst the apes of Africa. But along comes George Washington Williams (Samuel L. Jackson) to invite Tarzan to the Congo to serve as a trade emissary. With now-wife Jane (Margot Robbie) in tow, it’s back to the jungle where the deck is stacked and Rom will stop at nothing to get those precious diamonds. Even if it means kidnapping Jane, while trying to lead Tarzan into a deadly trap of revenge.

I suppose it shouldn’t be too surprising that there’s so much plotting in The Legend of Tarzan. With many many works to choose from, screenwriters Craig Brewer (Hustle & Flow, Black Snake Moan, Footloose) and Adam Cozad (Jack Ryan: Shadow Recruit) apparently took the kitchen sink approach. The film plods along at a glacial pace with hardly any action scenes — that is until it starts to get to the end of the runtime when they pack in as many false climaxes as possible. And no matter which one they get to, they all feel just as anticlimactic as the last. It’s not even a case of style over substance, there’s just none of either. The animals look realistic enough, but this is no Jungle Book — which feels almost like a revelation compared to this. It’s a snoozefest from start to finish.

The cast is doing what they can with the material. It’s just sad that they’re either overacting (Jackson) or underacting (Waltz). I still can’t figure out what movie Jackson thought he was in.  He must have still been hopped up on Quentin Tarantino. Why else would he ask Tarzan in a heated face off with an ape, “You want me to lick his nut sack too?” You tell me where that line would ever belong in a film taking place in 1884? Oh, there’s also a pedopohile joke for good measure, too.

I honestly have no idea who this movie was made for. It’s way too violent for kids and way too boring for anyone with a pulse. And how can you call a movie The Legend of Tarzan with him already having left the jungle? I get it, audiences are over origin stories, but even simply calling the film Tarzan would have been better. Oh wait, there was another horrible Tarzan film that came out last year. At least there’s no way this is as bad as that was, right? RIGHT?

Colleagues have declared The Legend of Tarzan every bit as bad as Independence Day: Resurgence, and while I did not take the time to sit through that one — it wasn’t screened for critics for apparently good reason — you would think that seeing how Hollywood has been in the Tarzan business since 1917, they should be able to do it right by now. Disney got as close as we’re going to get, because The Legend has officially run dry.