A pretentious, elongated washed-out animated story that should have been told in 8 minutes, not 80. Made for fans of moody, depressing animation for adults. 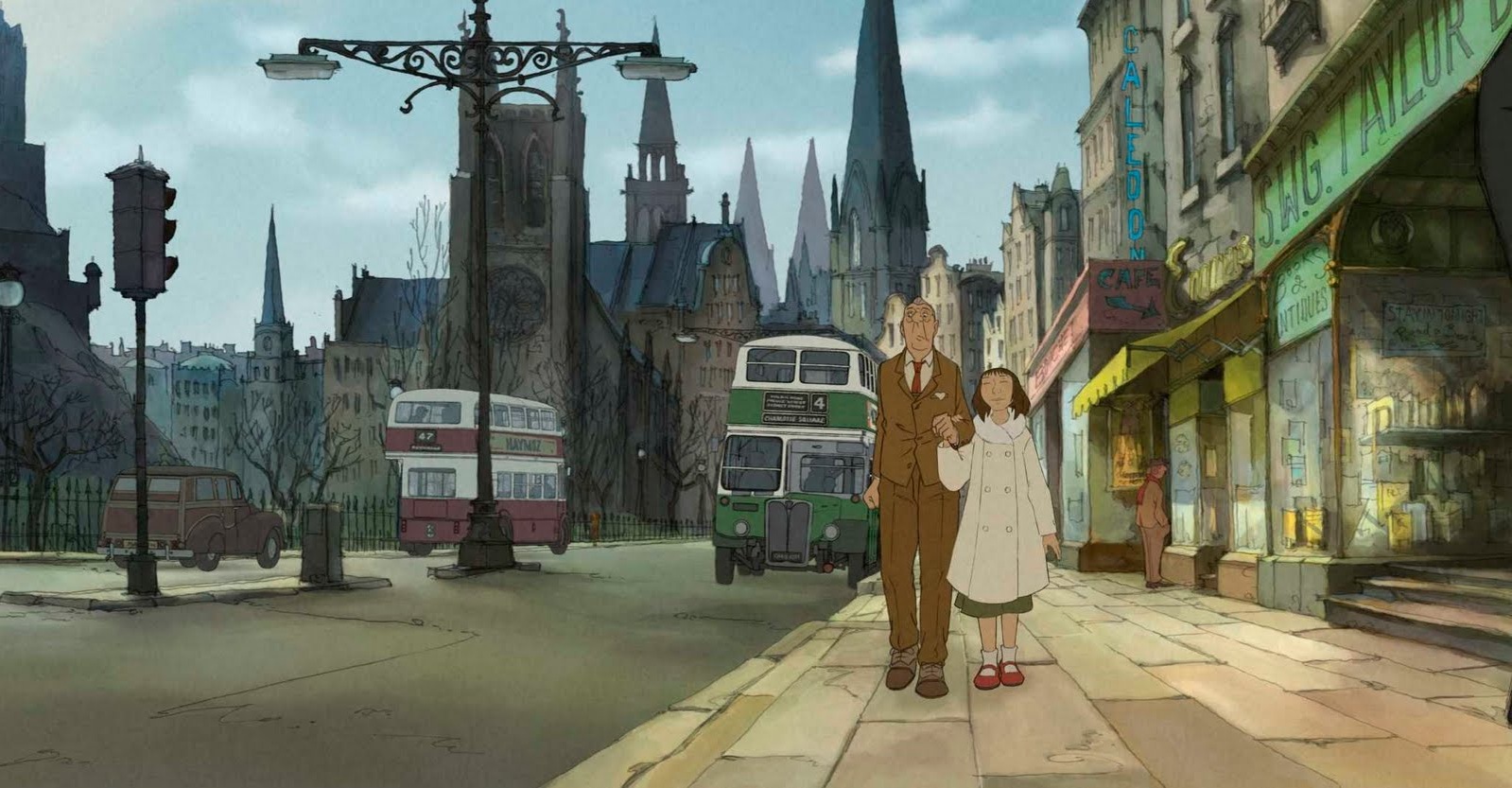 Animation is traditionally used to show or tell a story that cannot be done in the real world, or perhaps to show something in a new light. It is always amazing to see animation used to do something new, something unique. So when I see an animated film that absolutely has no need to be animated, it feels like a waste. The Illusionist is one of those.

As you would assume, The Illusionist tell story of a seasoned French illusionist. We follow this illusionist who is being boxed out of his dream career by rockstars. Celebrity – or sex, drugs and rock n’ roll – is killing the value of the talent that once supplied his means of living. The stages that he once dominated are being taken over by hipsters. That is what the people want. Performing magic tricks is his passion, it is the only thing he knows to do.

With things look bleak in his current situation, instead of setting the magic rabbit free and moving on in life, he decides to put it back in the hat and find a place that rockstars have not yet invaded – Scotland.

Joining him on the journey is a kind maid who used to clean the hostel-like hotel where he stayed. For some unclear reason, she clings to and follows him. He takes her under his wing and the two of them set off to create a new life in a new land.

When they get to Edinburgh, you notice that the city is filled other performers – acrobats, ventriloquists and clowns – but even they sense the rising career-ending gloom on the horizon.

As the new guy in town, the illusionist tries to work other jobs to make ends meet. But because magic is all he knows, he fails at everything he tries. We even begin to see this idea slip in between him and the maid as he struggles to make everything work.

Although The Illusionist is filled with music and sound effects, it is basically a silent film. We rarely hear vocal sounds aside from grumbling and gestures. The lack of dialogue, muted colors and bland animation make The Illusionist feel boring and long – even though it is only has an 80-minute runtime.

While watching The Illusionist, I tried to figure out why it was animated. This is all I could come up with: had The Illusionist been live-action, it would have only kept your attention at the length of a short. Being animated, they can drag things out to the extreme, filling the screen during boring moments with something like his escaped rabbit popping up here and there. Having seen too many boring “artsy” over-endulgent animated films, The Illusionist seems like something that should have only been made as an animated short.

Although The Illusionist is in running for the Best Animated Feature Oscar with Toy Story 3 and How to Train Your Dragon, it is hardly a contender against the other two. Animation has a purpose. Both Toy Story and How to Train Your Dragon imaginatively utilize it properly. The Illusionist uses it to drag out a thin idea. If you don’t get around to seeing it prior to the Oscars, don’t feel like you are missing out on much – The Illusionist is the “artsy” cartoon placed up against the Pixar giant to appease the pretentious who appreciate the so-called “finer things.”