A semi-charming look at a selfish, struggling relationship through the eyes of cat who isn't around to see the story unfold. Made for fans of odd, indie existential relationship stories. And cats. 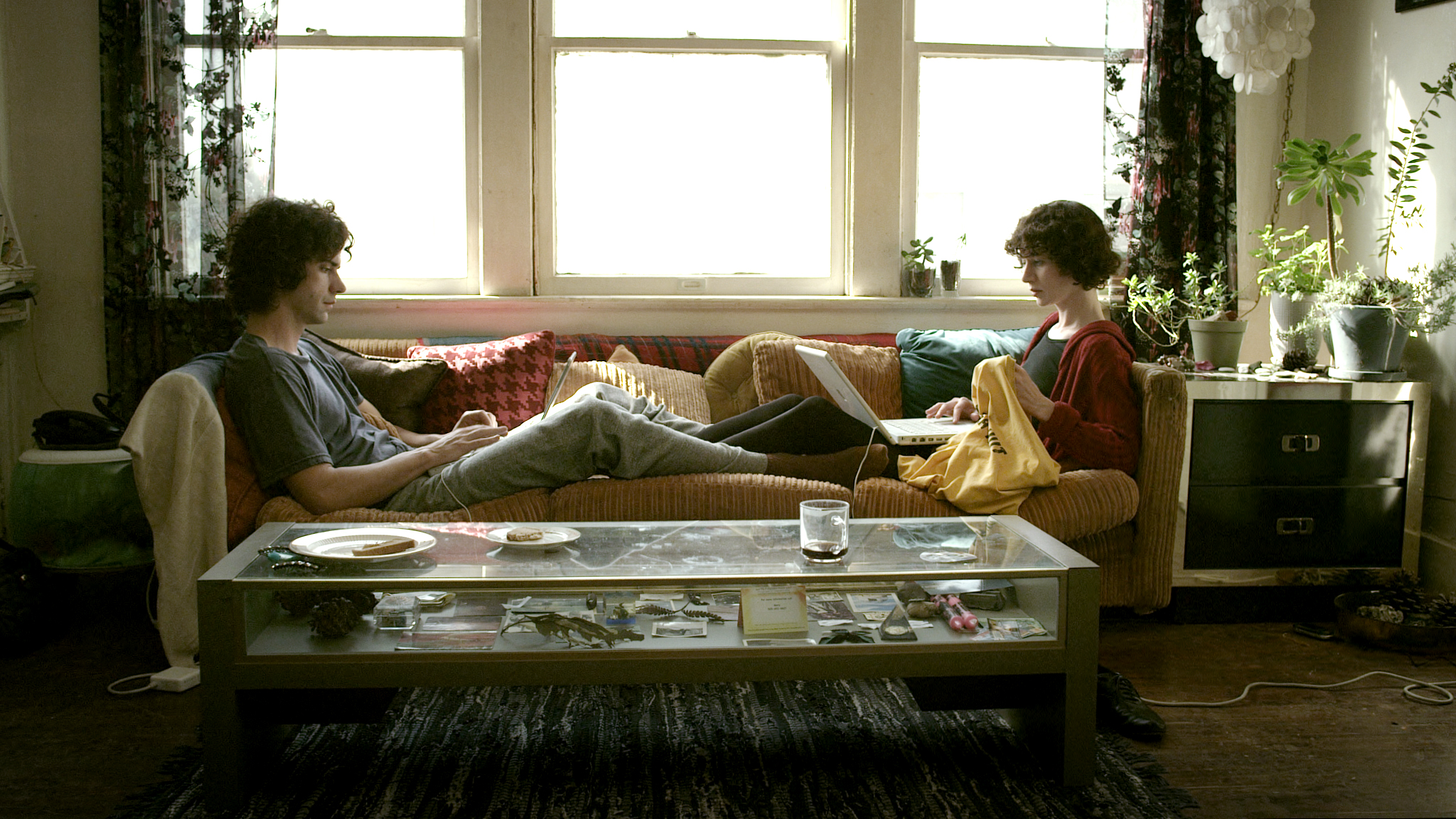 Imagine John Krasinski’s Burt from Away We Go and Kristen Schaal’s Mel from Flight of the Conchords as an on-screen couple that spend more time on their computers than they do interacting with one another. That is what you are getting into with The Future – you watch two somewhat irritating and irrational people slowly destroy their relationship by blowing the other one off.

Writer-director Miranda July (Me and You and Everyone We Know) plays the Mel-ish character Sophie. Hamish Linklater (The New Adventures of Old Christine) plays her all-too-pensive live-in boyfriend Jason. As Sophie and Jason prepare themselves for the adoption of a terminally ill stray cat expected to only live six months, their over-analysis of the situation causes them to spiral out of control. Jason quits his I.T. job so the universe can point him in the right direction and Mel quits her job teaching children ballet so that she can focus on becoming the next YouTube sensation. The rift caused by the pursuit of their unlikely selfish dreams is barely noticeable to one another, mainly because neither are focusing on the other.

The Future doesn’t sound like too bad a film until you discover a few specific details. The story of Sophie and Jason is told to us (through narration) by Paw Paw, the cat that they are not to adopt until the end of the film. How this dying cat is able to tell their story without being present for it, I don’t know. All I do know is that the cutesy cat narrations are only there to appease cat-lovers. Everyone else will find them absurdly annoying.

Without spoiling anything, there is a certain specific element of hardcore science fiction that pops up in the end of the second act. It is never explained or called-for, just there for “artistic” sake, your own interpretation. I can only imagine that this pointless element is where the film gets its title “The Future,” a title that surely does not properly explain the film at all.

I can only see die-hard fans of cats and odd indie films getting into and enjoying The Future. Everyone else will look at it as boring, wasteful and absolutely and ridiculously unwatchable.