The Book of Henry

With a love it or hate it twist right smack tab in the middle, the film is still entertaining, even if it never quite earns its tear-jerking. Made for audiences looking for a breather to use up some tissues while escaping the summer blockbusters. 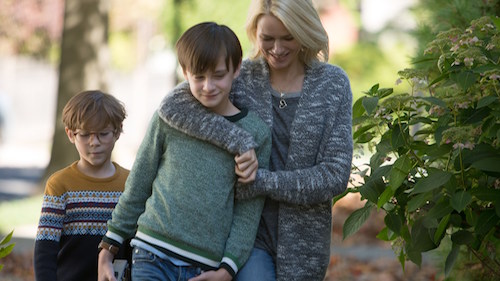 After having been handed over the keys to the park with Jurassic World, everyone wondered what director Colin Trevorrow would do next. Considering his only other film was the hilariously heartfelt indie Safety Not Guaranteed, it came as no surprise that he was called up to direct Episode IX for the Star Wars series. As if Steven Spielberg’s shoes weren’t big enough to fill, now he’s traveling to a galaxy far far away. It makes sense for Trevorrow to stop and do what he does best along the way with The Book of Henry — a family drama filled with quirky and loveable characters and a whole lot of story.

Eleven-year-old Henry (Jaeden Lieberher, soon to be “Stuttering” Bill in It) is not your average youngster. He’s a genius, spending his time keeping his fellow students grounded during class, concocting contraptions, all while keeping his single mom Susan’s (Naomi Watts) affairs in order. After his dad left, it’s been just Henry, Susan, and little Peter (Jacob Tremblay) surviving the perils of growing up — with Susan having plenty of her own to do as well. At night, Henry catches on that something isn’t right next door and suspects Glenn (Dean Norris) of abusing his step-daughter Christina (Maddie Ziegler). He starts hatching a plan to rescue Christina, with his most outlandish scheme yet. But, life gets in the way and Henry winds up having to pass along his little red notebook full of plans in Susan’s hands, to save Christina from an unspeakable truth.

I’m not sure why other critics are bashing The Book of Henry as hard as they are. The performances may not be everyone’s best — Watts is as good as ever and Sarah Silverman, as Susan’s brash coworker continues to prove she’s more than a foul-mouthed comedienne. Some have complained that Gregg Hurwitz’s screenplay has dreams of grandeur and tries to pull off too many things in too short of time. Everything fell right into place for me. While there is only one surprise right smack dab in the middle, sometimes it’s OK for a film to play things a little safe. Sometimes we like to know where the road is leading and are perfectly fine with it, so long as that path works. For some it won’t.

The film is never cloying — it certainly helps that Trevorrow brought along his John Williams-in-training/JW composer Michael Giacchino. Any other composer would have wound up making the film feel way more heavy handed. Even if a suggested romance between Susan and Henry’s doc, Dr. David Daniels (Lee Pace), comes off as forced. Thankfully, The Book of Henry never feels like a Lifetime movie, another trapping it could have easily fallen into. For anyone already looking for a breather from the summer fare, The Book of Henry may not be life changing, but at least it’s entertaining. And that right there has been few and far between this year so we better grasp onto something like The Book of Henry while we can, especially as we slide ever deeper into summer.