It's called 'The Batman' for a reason, and oh what wonderful reasons those are. Made for Batman fans, noir/crime film fans, and those who've been waiting for DC to finally find a way out of the shadow of the MCU. 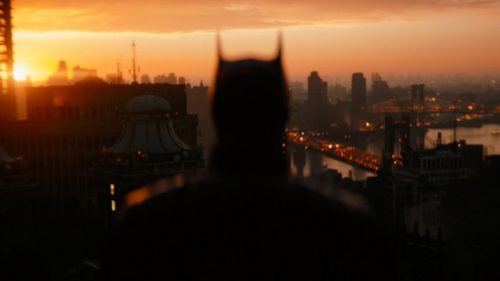 The world’s longest Batman movie deserves the world’s shortest review: GO! But in all fairness, it really deserves so much more. Something more along the lines of: “Matt Reeves is at the top of his game!” Or “Robert Pattinson delivers one of the best big screen Batman performances!” Maybe even, “Who knew the ‘World’s Greatest Detective’ needed his own Seven?” Yes, the hype is real. The Batman is absolutely one of the best Batman movies. Even clocking in at almost three hours, there’s just so much to relish.

It’s been two years since Batman started prowling the streets. Still reeling over the death of his parents, Bruce Wayne is armed with a Bat Signal, the trust of Lt. James Gordon (Jeffrey Wright), and a thirst for vengeance. When The Riddler (Paul Dano) starts leaving a trail of dead bodies with personalized clues “For the Batman” across Gotham City, Batman must join forces with Selina Kyle (Zoe Kravitz) to discover the truth about Gotham’s seedy underground. Even if it may dig up a few of his own skeletons along the way.

It’s hard to say where The Batman ranks with so many different variations to choose from. Michael Keaton kicked things off spectacularly, with so many others leaving their stamps. And let’s not forget Batman also brought about one of the best Christmas movies ever with Batman Returns. The Christopher Nolan films make for an extraordinary trilogy, while Mask of the Phantasm is still one of the best animated ventures. The less said about Clooney’s outing the better, while poor Kilmer got stuck being cast as a fantastic Batman in one of the worst entries. People may complain that Bruce feels downplayed here, but c’mon, the movie’s called The Batman, so yes, it’s about Batman.

Keeping things PG-13, The Batman is even grittier than the Bales’ could have imagined. Reeves keeps the pace chugging along, and while it never feels overlong, you do start to feel the runtime as the false endings start to pile up. As good as Reeves’ and Peter Craig’s screenplay is, the cast — along with the supporting of Colin Farrell, John Turturro, Andy Serkis, and Peter Sarsgaard — help elevate the material, also aided by Greig Fraser’s spectacular cinematography and Michael Giacchino’s earwormingly mesmerizing score. Caped Crusader fans will be thrilled  and anyone questioning why Batman needed yet another reboot will wonder no more by the time The Batman credits roll.