The Banshees of Inisherin

One of the year's best films. Depressing and hilarious in equal measures, you know, like life. Made for moviegoers looking to laugh while not sure whether they should.

Rated R for language throughout, some violent content and brief graphic nudity. 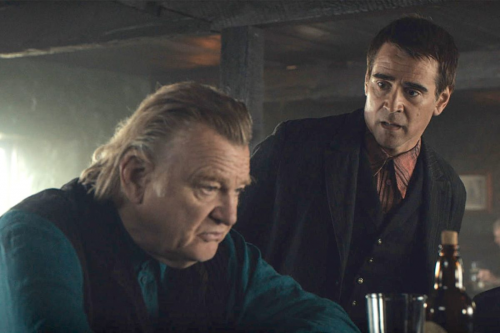 You may not be familiar with writer/director Martin McDonagh’s name, but I bet you’ve heard of his other films: In Bruges, Seven Psychopaths, and Three Billboards Outside Ebbing, Missouri. And if you know the quality of any of those films, the same can absolutely be said, and then some, of The Banshees of Inisherin. Reteaming with Colin Farrell and Brendan Gleeson, the three accomplish their most polished effort yet. Filled with hysterical dialogue, tear-jerking pathos, and plenty of consequences for characters’ actions, Banshees is not just McDonagh’s best film to date, but it’s also hands down one of the best of the whole year.

Pádraic Súilleabháin (Farrell) lives a simple life with his sister, Siobhan (Kerry Condon), who just wants to meet his best friend, Colm Doherty (Gleeson), at the pub at 2:00 for drinks. One day, Colm has decided he no longer wants to be friends with Pádraic. With no explanation, Pádraic is beside himself. But when push comes to shove, Colm presents Pádraic with one simple rule: leave him alone forever or he will cut off a finger each time he’s pestered. With the whole town slowly taking sides, Pádraic and Colm must come to terms with their new relationship, but Pádraic has never been one to take vague for an answer.

For anyone with a true best friend, Banshees is bound to be nothing short of a gut punch. What would one do if they woke up and were told they simply no longer wished to be friends? It’s a simple story, one told with plenty of drama and heart, but not without McDonagh’s brilliant dark comedy. Farrell and Gleeson make for the year’s best odd couple, playing off each other more than ever before. The two may seem like a weird pairing, but their chemistry never makes you doubt they’d be friends for even a second.

The Banshees of Inisherin is pure end-of-year Oscar bait — and will absolutely find itself cast on my ballot for year end voting with the Utah Film Critics Association — and deservedly so. With a brilliant screenplay, exceptional directing, all around phenomenal acting, not to mention the cinematography and music, you’ll soon be hearing a lot about the wee little movie. Multiplexes may be starting to see blockbusters rearing their heads again, and as fun as those obviously are, it’s still nice to kick back and enjoy something smaller, contemplative, and just plain feckin’ grand.