A poor man's "Superbad." Made for fans of the old '80s teen movies combined with excessive foul language, sex and drugs.

Rated R for language, sexual content and drug use. 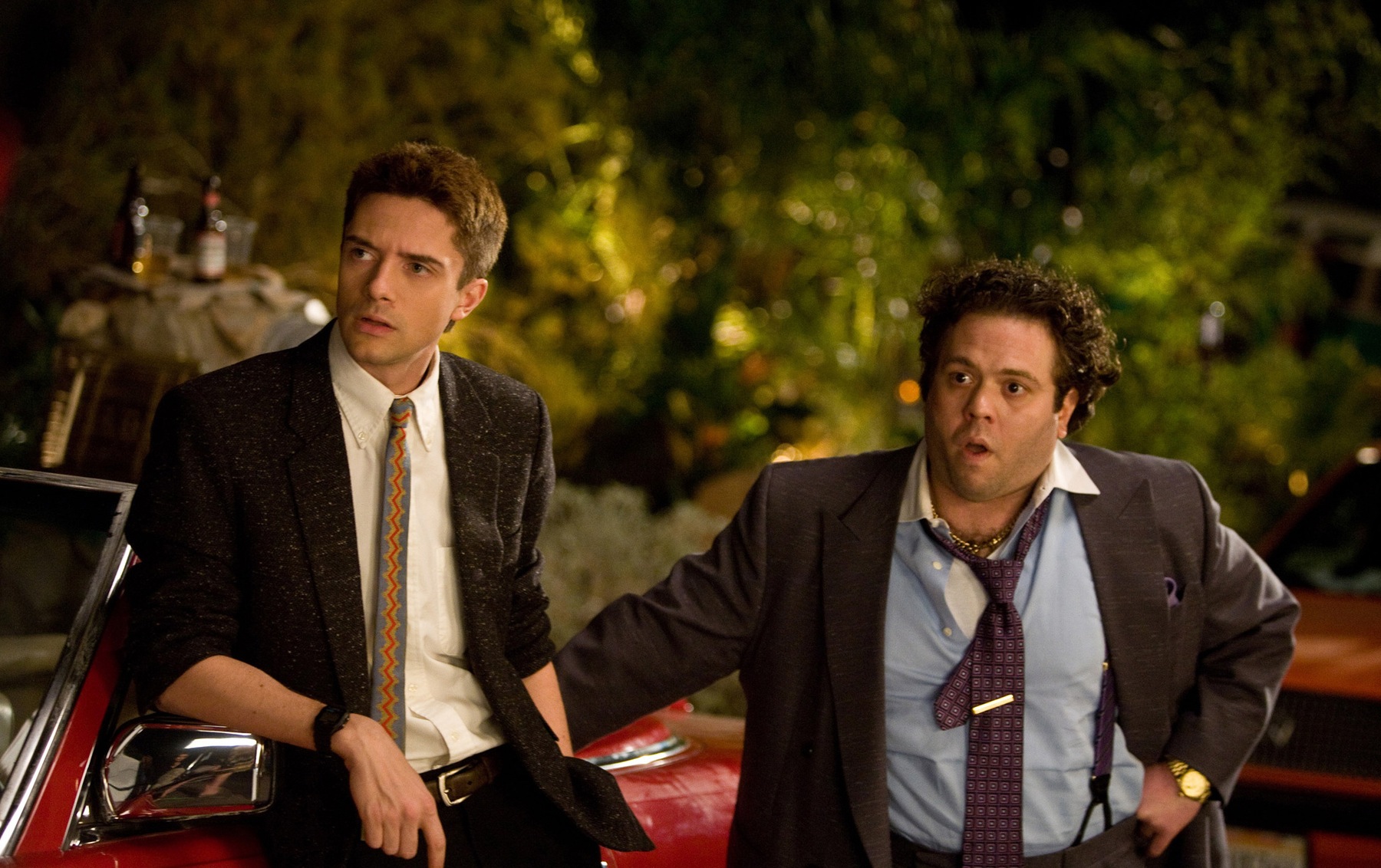 Although Take Me Home Tonight appears to be your average ’80s teen flick, don’t be fooled. Set in 1984, Take Me Home Tonight is about the binge-drinking, coke-snorting post-university twenty-somethings that have come to the realization that a college degree is nothing more than a piece of paper. While most of said characters in Take Me Home Tonight have chosen to do something with their lives, our M.I.T. graduate protagonist Matt (Topher Grace, That ’70s Show) is still “undecided” about what career to follow, so he works at a Suncoast Video (remember those?).

Coasting through his 20s, Matt is comfortable in his mediocrity. But when he gets word that his gorgeous high school crush Tori (Teresa Palmer, I Am Number Four) is back in town, his is forced to evaluate his situation. When he actually runs into her, Matt opts to fabricate an elaborate lie about his life and career over shelling out the boring and unattractive truth. Matt tells Tori that he works for Goldman Sachs and lives a rich lifestyle. To make it appear as impressive truth, Matt and his fat best friend side-kick Barry (Dan Fogler, Good Luck Chuck) steal a fancy car and follow her from party to party over the course of one evening. While Matt spends the night on a high caused by being in Tori’s presence, Barry gets high on a sack of cocaine found in the stolen car’s glove box. Imagine the event-filled night of Can’t Hardly Wait through the lives of coked-out, horny potty-mouth young adults.

Take Me Home Tonight isn’t bad, it just isn’t great either. It never strays away from the typical. Although the romantic interactions of Matt and Tori start off as awkward and uncomfortable, they quickly become the highlight of the movie. Whenever the focus moves away from them via sub-plots involving loaded Barry, Matt’s manic twin sister (Anna Faris, The House Bunny) and a supposedly climactic stunt, Take Me Home Tonight loses all charm.

If anything was keeping Take Me Home Tonight from the big screen, it was the fact that it flows completely on par. It never does, nor attempts to do, anything that you haven’t seen before. It is simply average. Take Me Home Tonight – or as I like to call it, That ’80s Movie – will serve better as a rental than an overpriced moviegoing experience.