Sometimes being just a good movie is just good enough. Made for fans of the Duplass brothers and low key comedies. 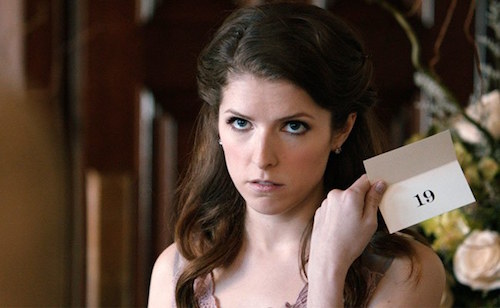 Not every comedy needs to be a complete laugh riot. With a likeable enough cast, and characters you at least care somewhat about, you can get away with a lot. While not everything works in writer/director Jeffrey Blitz’s Table 19, it’s a pleasant enough diversion to get through the week as we await for the big Hollywood blockbusters to start revving up. IMDB may be misleading with it giving screenplay credit to brothers Mark and Jay Duplass, but Blitz still manages to throw together a nice little throwback to ’80s comedies that had just as much drama to go along with the comedy.

Eloise (Anna Kendrick) is in a pickle. She’s just received an invitation to her oldest friend’s wedding — which she helped plan no less. She’s torn on whether to attend or not as she was dumped two months ago by the bride’s brother, Teddy (Wyatt Russell). She decides to throw caution to the wind and shows up only to find out that she’s been delegated to the dreaded table 19 at the back of the reception hall. Thrust into the woes alongside fellow miscreants diner owners Jerry and Bina Keep (Craig Robinson and Lisa Kudrow), the sexually adventurous virgin Rezno (Tony Revolori), secretly on vacation from the halfway house Walter (Stephen Merchant), and Teddy’s old nanny Jo (June Squibb), Eloise has come to make amends, expel a truth, and face her past whether Teddy — or his new girlfriend (Amanda Crew) — likes it or not.

Simplicity is the name of the game for Table 19 and if this had been a TV episode it would almost be a bubble episode. Thankfully, Blitz was smart enough to cast engaging performers to make the material work better than it should. Not every character rises to the occasion — Rezno barely proves himself more than a nuisance — but it all comes down to Eloise’s plight in the end. If you can feel for her, you’ll be able to make it to the end of the film with a smile on your face and least a few good laughs along the way.

Table 19 will not wind up winning any awards, but it never makes itself out to be more than it is either. It’s a chance for Kendrick to be as awkwardly adorable as expected. Merchant makes a bid to steal the film away from her, but Kendrick continues to prove she can carry a film, even if it’s with a little help from the supporting characters. It does start to feel long at times, and at a mere 87 minutes it’s far shorter than most films these days. Kendrick fans will not be left wanting more. But for those wanting something a little broader, it would do you well to steer clear.