A failed rip of 'My Best Friend's Wedding' without a central character to root for. Made for fans of John Krasinski and bad romance movies with unlikable characters.

Rated PG-13 for sexual content including dialogue, and some drug material. 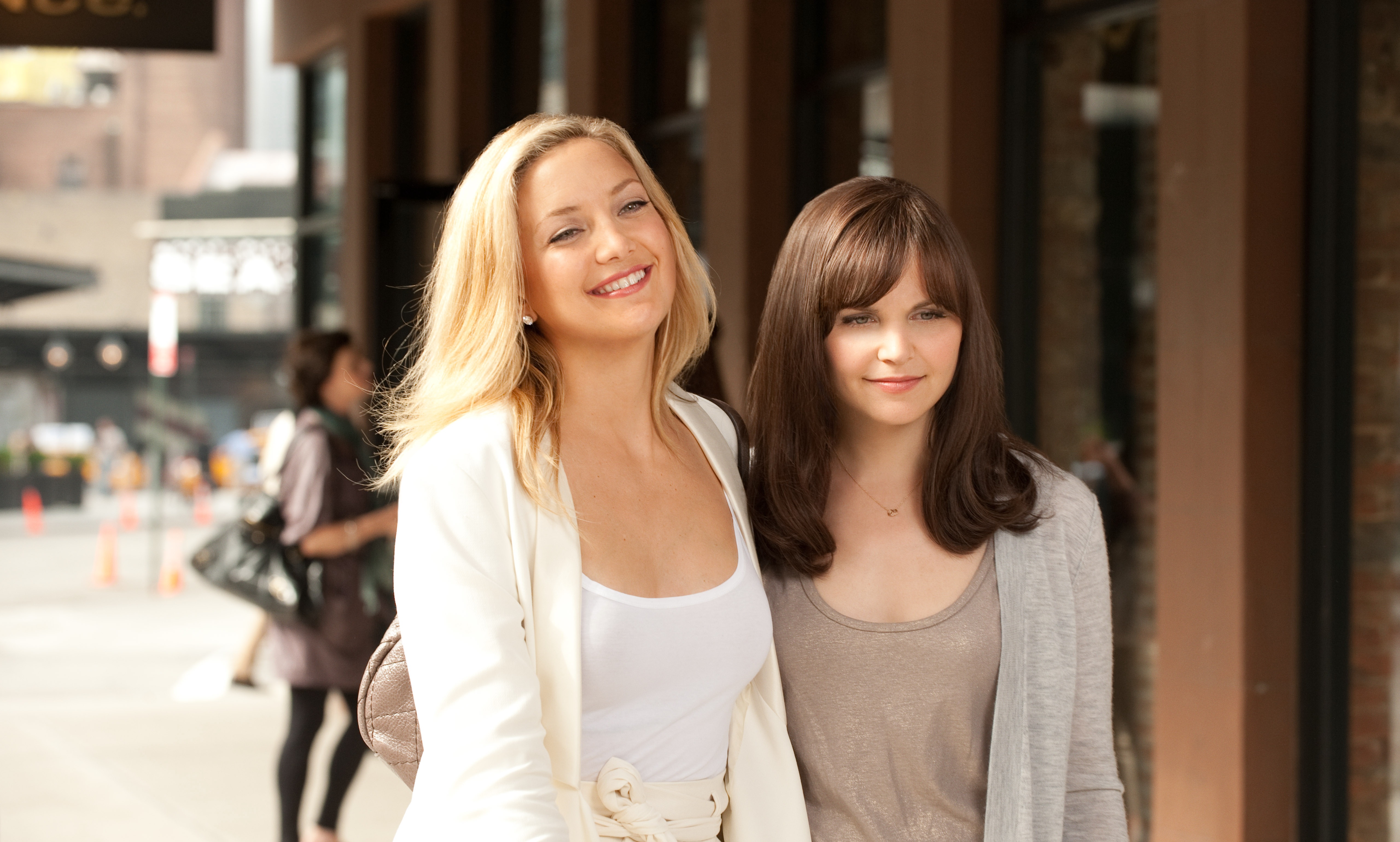 Something Borrowed‘s story centers around a unique, intensely strong character dynamic, but within that dynamic lies the problem that causes it to utterly fail.

Rachel (Ginnifer Goodwin, He’s Just Not That Into You) has had a insane crush on the same guy for over six years. She first met Dex (Colin Egglesfield, All My Children) when the two became studying partners in law school. Although she has never known it, Dex has always had a thing for her too.

On the night of their final exam, the two went out for celebratory drinks. Rachel had hoped that the evening out would spark a romance between the two, but when her childhood best friend Darcy (Kate Hudson, Fool’s Gold) crashed the party and started flirting with Dex, Rachel failed to stick up for herself and let Dex go. Of course, Dex fell for Darcy’s glamorous, center-of-attention charm and now, six years later, they are engaged to be married.

When Darcy drinks too much at Rachel’s 30th birthday party, she forced to retire early, leaving Rachel and Dex all alone to close the festive evening with one last drink. Under the loosening power of alcohol, Rachel nonchalantly mentions how much she cared for Dex while in grad school. Busted up by the inner conflict caused by knowing the potential their relationship might have held, Dex romantically confesses his long-lasting feelings for her as well and the two ending up sleeping together. It is within this immoral action that stem Something Borrowed‘s strengths and weaknesses.

The strengths lie within the moral dichotomy. As terrible a thought as it is, if you slept with your best friend’s fiancee, whom you had been secretly in love with for six years, what would you do? Ask him/her to break off the engagement and risk losing your best friend? Forget that it ever happened and shut off your emotions? Come clean with your best friend, losing that friendship along the way, and ruin his/her wedding? Secretly keep the affair going through their marriage? The moral battle between doing what you want and doing what it right is major player here. As you can tell, the “something borrowed” that the title refers to is the plot of My Best Friend’s Wedding.

Now for the weaknesses. From the get-go you know at least one character is going to walk away extremely hurt and utterly damaged. If Rachel and Dex end up together, Rachel is going to lose her lifelong friend. If Dex stays with Darcy, Rachel, our primary character, loses. If Rachel comes clean Darcy, it’s over. As the story progresses, we meet more characters who become entangled in Rachel and Dex’s affair that are doomed to end up losers as well.

Who do you root for in a film filled with immoral and unlikable characters? Do you root for the soon-to-be homewrecker Rachel? To compensate for that her big mistake, lines of dialogue are placed throughout Something Borrowed to make Rachel and Dex’s affair justified. “You are not a bad person. Sometimes good people do bad things.” This idea might hold some truth in regard to Rachel’s character had she and Dex only spent the one drunken night together. But when the two continue having sex and secret getaways, that statement give no redeeming value to Rachel.

Later in Something Borrowed we are told that an affair is not a big deal if the person cheating is not married. “You haven’t done anything wrong – he’s not married yet.” The last time I checked, secretly sleeping with anyone that your best friend loves is wrong. Just because they haven’t made the vows, it does not mean that he/she is not committed.

But the most pathetic thing done to excuse Rachel’s actions and make her look good lies within the writing. Darcy is progressively made to look bad. Throughout the film we continually learn more about Darcy that leads us to the conclusion that she is the worst person on the face of the planet. Darcy is written as vain, obnoxious, belittling, arrogant, prideful and bluntly rude. How do you make your morally flawed primary character likable? According to Something Borrowed‘s author, surround her by people who are even worse than she is.

Aside from building Darcy as mean-spirited, the other characters of Something Borrowed are actually pretty awesome. Although you do not want to root for Rachel, Ginnifer Goodwin does an excellent job at making you believe that Rachel deserves to be happy. Goodwin is also great at playing an ordinary girl. She is a very attractive, but not int he knock-out gorgeous way that most female leads are in films of this genre.

There is nothing like a good douche-bag character in chick flicks and Steve Howey (Bride Wars) does a great job playing one in Something Borrowed. Even the crazy love-hungry stalker character (Ashley Williams, As the World Turns) is fun to watch on screen. But the real prize goes to John Krasinski (The Office).

Krasinski plays Rachel’s best friend, Ethan. Ethan represents the voice of reason. In a good way, every line delivered by Krasinski feels like it was written by a different screenwriter. Every well-earned laugh in Something Borrowed comes from Ethan’s mouth. Krasinski gives an ‘A’ performance in a ‘D’ movie. If I ever watch Something Borrowed again, it will only be for my desire to see Krasinski run his mouth.

Despite having an intriguing dynamic and a few great characters, Something Borrowed is filled with too many unlikable characters with which you cannot sympathize. Although written better than most chick flicks, I still cannot recommend it.
Photo credit: Warner Bros.