A preachy, jumbled and unfocused thriller with tense horror moments. Made for die-hard Kevin Smith fans - that's it.

Rated NR - Will most likely be restricted for language, sexual content and violence. 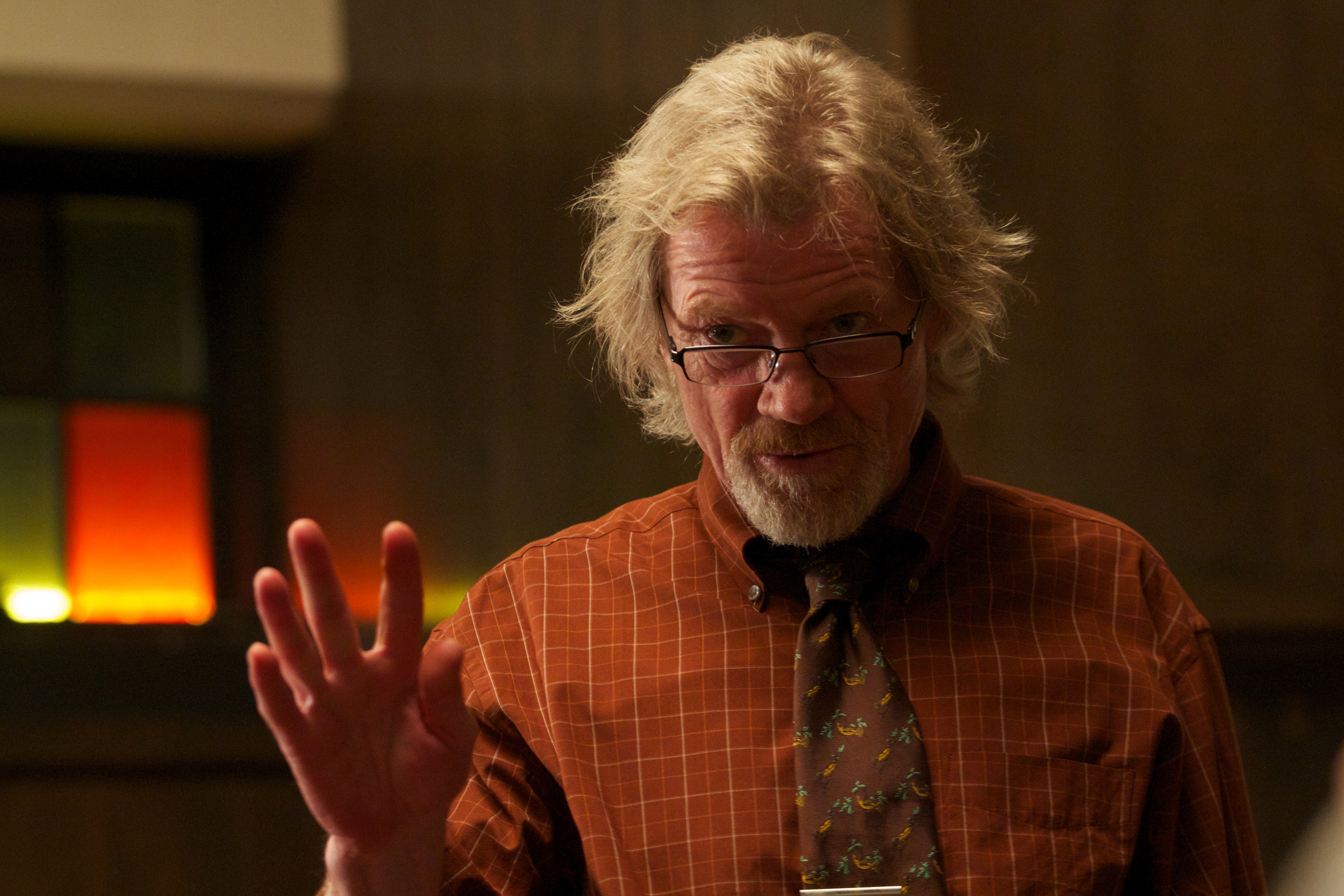 Due to all of the bad press for Cop Out (which only scored 19% on the Tomatometer), writer/director Kevin Smith (Clerks) has been bad-mouthing and feuding with press via twitter. Smith canceled certain screenings of his premiering film Red State at the Sundance Film Festival and refused to show it press. Fortunately, I requested a ticket through the press office and got in to the second and last screening!

Just before Cop Out was released, Smith got into a media battle with Southwest Airlines. Of course, this type of press increases talk of current work, basically offering free advertising. I don’t think it was a coincidence. This is just like when a famous actress has a sex tape “accidentally” released coincidentally prior to her latest film’s opening. I believe Smith’s current press-bashing to be a media stunt to fuel the release of Red State. After all, doesn’t the appeal of watching an unwatchable film entice your desire to see it?

Much like boosting the publicity his awful film Cop Out, I believe Smith is trying to compensate for again making a not-so-great film. While the fouls of Red State are not even comparable to those of Cop Out, he is still not on the top of his game.

The biggest problem with Red State is that it suffers from identity crisis – it does not know what type of film it wants to be, nor knows whose film it truly is. Red State begins showing us the story of an average kid being driven to high school by his mom. The first chunk of the film follows him around. We meets his friends, his parents, see his home and follow him on his journey. Then the story turns to focus on another character. And another. And another. And yet another. Instead of learning whose story it is, we learn whose story it isn’t when characters start getting picked off. And by the time the film finally ends, we learn that the story impractically belongs to the last character you would have guessed.

The concept and tone of Red State is just as blurred as its storyteller distinction. Smith’s self-proclaimed horror movie isn’t really a horror movie at all, but a creepy look into a cult of religious zealots that openly condemn homosexuality, believing that the calamities described in the Bible’s Book of Revelations are about to come true.

When the kids wake up, they are bound and shrouded in a crazy cult ritual. The story then shifts away from them as we see and hear one extremely long religious rant from the cult’s wacko leader (Kill Bill‘s Michael Parks). Even though Parks’ brilliant performance is the highlight of the film, it is far too long. If you thought the tavern scene in Inglourious Basterds felt long, you ain’t seen nothing yet.

At the conclusion of Parks’ long-winded sermon, they unshroud a fourth unknown strapped-to-a-cross character that is revealed to be a gay local man, send the children away because “it’s about to get grown up in here” and kill him. After removing the dead body, the crazy cult followers prepare one of our primary teenage characters for a similar death ritual and all hell breaks loose – not only in the story, but in the writing as well. We are introduced to an ATF agent (The Big Lebowski‘s John Goodman) that has been assigned to raid the compound (a la Waco, Texas), a major shoot-out occurs, we start following a young member of the cult (Scrubs‘ Kerry Bishé), and the film ends up turning into a rip of the Coen Brothers’ Burn After Reading.

Smith’s script overly feels like it is trying to push the envelope. It is overly preachy about religion and politics, mostly focusing on the debate of homosexuality between both. For someone who doesn’t mind a fairly preachy film about any topic, Red State is too much for me.

At the Q & A following the screening, Smith talked about how the writing process only took him three days to come up with Red State – and it’s obvious. Considering how many outstanding things work so well in the film, it is tragic to see them wasted in a clumsy final product. For the first time, Smith’s direction is far better than his writing. If Red State proves anything, it’s that Smith is only a strong director when he is not directing comedy and that he is only a strong writer when he is comes to absurdly idiotic vulgar comedies.