Another simplistic slice-of-life that's the epitome of pleasant diversion. Made for jarmusch fans and those looking for a more peaceful movie-going experience.

Rated R for some language. 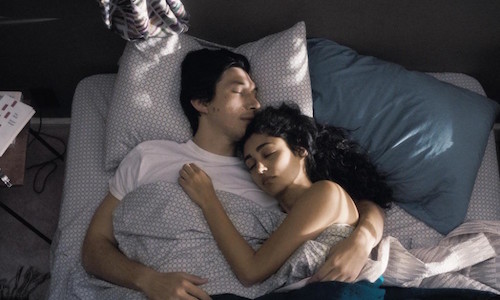 On paper, most Jim Jarmusch films don’t sound like much. But very few directors are able to create such entertaining pieces of work out of so little. Paterson is no exception. While Jarmusch may be far from a household name, he has an outstanding following who enjoy his films for exactly what they are. And the best part is that they never try to be more than that. What you see is what you get, and with Paterson, he plops Adam Driver front and center, reminding us how much we adore watching him onscreen. Even more so than when he’s playing the daddy-issue-plagued Kylo Ren.

The plot of Paterson is razor thin. Paterson (Driver) lives a quiet life as a bus driver who gets everything he needs from his diary filled with poems and coming home every night to his eccentric girlfriend, Laura (Golshifteh Farahani). Laura may come with a pesky dog in tow — Marvin (played by Nellie) — but he never lets it get in his way. He also makes sure he never gets in Laura’s way either. Her dreams seem to change at the drop of a hat and if he weren’t along for the ride, she’d leave him in the dust.

If there’s one thing Paterson seems to be about most, it’s patience. Patience with everything from your own possibly droll existence, to those who surround you. In this day and age, that message rings true more than ever. You never know what kind of news you’re apt to wake up to. Jarmusch sets up scenarios where Paterson could easily get set off — the biggest involving his diary and Marvin — but even this is shrugged off. While you can see that Paterson is completely flustered with the situation, he knows overreacting is not going to fix anything. Driver commands the film with Farahani providing an excellent ying to his yang. Paterson is a calming film, and that could be reason enough for its own existence. It may have been snubbed at the Oscars, but it’s absolutely worth seeking out and makes for a great watch. Even for those who aren’t Jarmusch fans.