A guilty pleasure, one of the coolest ninja movies to date Made for fans of violent ninja flicks. 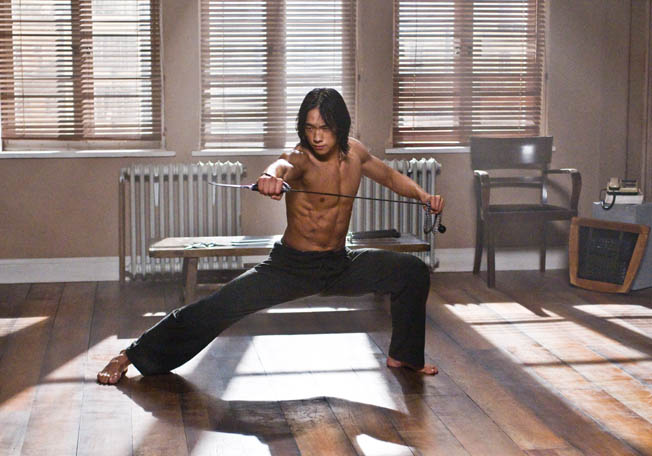 Ninja Assassin never gets any more violent and graphic than it’s opening scene. That
scenes paves the way for the rest of the film. If you can handle that,
you can handle the rest. But if not, you’ll know that you should leave.

The perspective of the story for Ninja Assassin follows the exact same mold as the one used for V For Vendetta
– a savvy cop suspects something awry, follows instincts, unfolds a
major secret and fights against the system and everything she used to
stand for. In V For Vendetta it was a secret government-ran holocaust and with genetic testing. In Ninja Assassin, it’s a worldwide secret system of hired killers.

Many visual elements of The Matrix and V For Vendetta can be seen in Ninja Assassin
– the look of the fighting sequences, the “trail” left in the air of
quick-flying objects. I can only assume that the reason they recycled
these stylistic elements is because they look great and fit well with
the new ninja elements created for Ninja Assassin.

If you’re a sucker for ninja flicks, you’ll dig Ninja Assassin.
If not, then it’ll come across as mediocre and too violent. But if I
had to choose a guilty pleasure movie to not take seriously this
weekend, it would be 2012.