Far from the worst Marvel movie, but we can at least be glad it doesn't flat out suck. Made for only the biggest Marvel fanboys, and even then, I didn't love it. 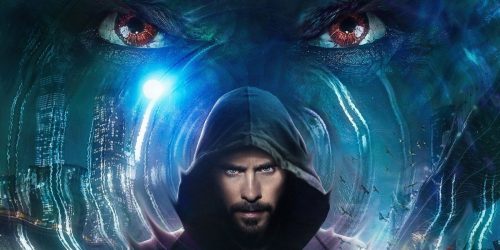 Sony’s Morbius finally lands in theaters after a two-year hold due to the pandemic, and it feels like a shelved project through and through. A colleague referred to it as a relic from another time of superhero films, and she couldn’t be more right. Sony continues to try and form their own “Sony Spider-Man Universe” (SSMU), but it pales in comparison to the MCU juggernaut.

It’s clear producer Amy Pascal is no Kevin Feige and has absolutely no idea how to hold a cinematic universe together. While Warner Bros. may have thrown in the towel on their own DC universe, Sony keeps making confusing and convoluted missteps. There are a lot of questions once the credits roll, but not of the exciting water cooler variety.

Dr. Michael Morbius (Jared Leto) is a biochemist riddled with a disease, in spite of being so smart as a child, Emil Nikols (Jared Harris) sends him away to a “school for gifted children in New York.” (Don’t get your hopes up here.) Obsessed with finding a cure to help both himself, and his childhood friend Milo (Matt Smith), he travels to a desolate cave to gather vampire bats to help with his experiments.

Soon enough, Morbius has bitten off more than he can chew, turning himself into a monster of the bloodthirsty type. And it’s not too long before a pair of detectives — Simon Stroud (Tyrese Gibson) and Agent Rodriguez (Al Madrigal) — start piecing together a string of attacks where the victims’ blood has been drained. Meanwhile, Morbius tries to keep his monster at bay with the help of fellow doctor Martine Bancroft (Adria Arjona) and the artificial blood he helped create.

Director Daniel Espinosa is no stranger to both creature features and action. His Safe House had some fun bits sprinkled throughout. And I can’t help but wonder if he landed Morbius after directing Life, considering it was rumored to be, and could have been, a prequel to Venom. Unfortunately, Espinosa is throttled with a decades-old feeling screenplay from the masterminds who brought us Dracula Untold, The Last Witch Hunter, Gods of Egypt, and Power Rangers. Those titles alone could probably seal your weekend fate.

Probably the biggest disappointment with Morbius is just how whelming it all is. You’re never completely engaged with what’s happening, but it’s also not the worst film ever. It’s just kind of… there… like background noise. If you turn your brain completely off, it may fare okay, but stop to think about anything that’s happening for even a second, nothing makes sense even in context. There are two stinger scenes, but no post-credit scene, so at least the film doesn’t keep you in your seat for its surprisingly short 104 minutes. Not even able to function as a good vampire film, the nicest thing left to say about Morbius is that at least it doesn’t, well, suck.