Me and Earl and the Dying Girl

A laugh-out-loud hilarious, heartbreaking tearjerker. Made for wes Anderson fans and anyone looking for something deeper than the next Hollywood blockbuster. 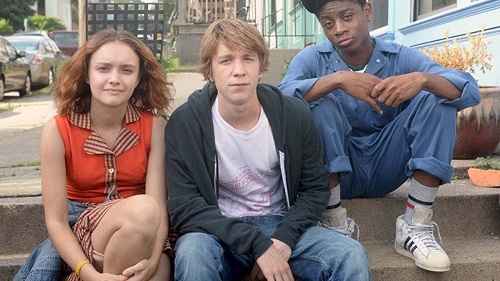 I have a colleague who uses the phrase “Sundance Goggles” during the Sundance Film Festival. He’s referring to films that, upon first glance, appear to be better than they might be if released outside the festival. Lots of hype and buzz get thrown around and they win festival awards, but sometimes, they just don’t live up to expectations. Or you watch it again later, only discover that maybe you had them on as well during one screening or another.

With Me and Earl and the Dying Girl getting swooped up by Fox Searchlight, a theatrical release was inevitable. So, how does it stand on its own amidst the onslaught of summer films? The easiest way to describe it is “Wes Anderson for teens.” While that may turn off some viewers, rest assured, director Alfonso Gomez-Rejon (The Town That Dreaded Sundown, Glee, American Horror Story) directs author Jesse Andrews’s novel (adapting his own screenplay) into a hilarious and heartbreaking tale of one boy and his love for movies, and just maybe, the love of his life.

Greg (Thomas Mann) wants to do what he can to make it through high school without drawing attention to himself. He skirts through the cliques keeping only one friend in Earl (RJ Cyler), while keeping everyone else at arm’s length. That is until his mom (Connie Britton) and dad (Nick Offerman) inform him that Rachel (Olivia Cooke) has been diagnosed with leukemia and he should offer his friendship to her. Begrudgingly, Greg makes nice and visits Rachel at home and the two begin what Greg refers to as a “doomed friendship.” He repeatedly assures us that Rachel does not die.

In their free time, Greg and Earl make spoof movies of old foreign films, and as Rachel’s prognosis worsens, school hottie Madison (Katherine C. Hughes) volunteers the two of them to make a movie for Rachel. Now, it’s a race to the finish line as Greg and Earl struggle to come up with a viable plot, and Greg has to comes to terms that he might just be the nice guy everyone thinks he is, whether he admits it or not.

If there’s one major thing working in Me and Earl and the Dying Girl’s favor, it’s the cast. Mann makes a perfect version of the self-deprecating nice guy, Cyler delivers every line delivery as deadpan hilarious as possible, and Cooke proves she’s way more than just the oxygen-wielding girl-next-door on Bates Motel. The whole cast works perfectly together, creating one of the best ensembles of the year. On top of everyone else already mentioned, Molly Shannon gets a chance to shine as Rachel’s mom and Jon Bernthal is absolutely hilarious as Mr. McCarthy, Greg and Earl’s favorite teacher, with an even funnier special appearance by Role Models’ little Ronnie: Bobb’e J. Thompson.

Gomez-Rejon cut his teeth with this kind of material on Glee and manages to show that he’s ready to burst onto the Hollywood scene as more than just one of Ryan Murphy’s cronies. Skipping heedlessly through the motions, he creates a tour de force of emotion with no stone left unturned. From laugh-out-loud hilarious to heartbreaking tearjerker, Me and Earl and the Dying Girl should hopefully result in the breakout indie film of the summer and rightfully so. It’s one of the best coming of age stories since The Kings of Summer, and you don’t want to miss it.