Po & Co. are back to kick some supernatural tail! Made for 'Kung Fu Panda' fans and audiences of all ages. 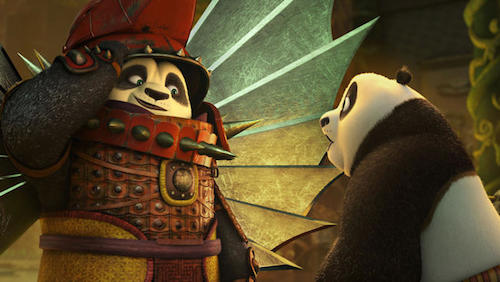 First thing’s first, don’t let the January release fool you, Kung Fu Panda 3 is not a terrible mistake. While it doesn’t quite live up to the heights of the first two — I never expected it to beat the greatness of Kung Fu Panda 2 — it still serves as a fantastic finale if they were to call it quits. Co-director Jennifer Yuh returns — joined by long-time DreamWorks contributor Alessandro Carloni — and brought back the same writers from the first two: Jonathan Aibel and Glenn Berger.

I’m not sure what’s missing, but it seems to be the same thing lacking in just about every feature since the animation studio was taken over by Twentieth Century Fox in 2013. Through The Croods, Turbo, and Mr. Peabody & Sherman — How to Train Your Dragon 2 and Penguins of Madagascar being the exceptions — the studio just hasn’t felt the same. While their outings have never been able to best Pixar through the years, they still aren’t firing on all cylinders. Kung Fu Panda 3 has been nearly five years in the making and gets the job done. Just don’t expect to watch it over and over again.

Catching up with the Dragon Warrior Po (voiced by Jack Black), he’s now faced with his most awesomest of tasks: to take over training for Shifu (voiced by Dustin Hoffman). As if that wasn’t daunting enough, his most nefarious villain yet arrives from the Spirit Realm in the form of Kai (voiced by J.K. Simmons). Kai has figured out how to literally harness kung fu warriors’ chi, encapsulating it in the form of a jade emerald, starting with poor Oogway (voiced by Randall Duk Kum). And there’s the return of Po’s real father, Li (voiced by Bryan Cranston), much to the chagrin of Mr. Ping (voiced by James Hong). Now, Po must find a way to defeat Kai and return peace to the land, while Kai will stop at nothing to gain all the power he can before the epic showdown against Po.

If the Kung Fu Panda films have one thing going for them, it’s consistency. Always full of heart, humor, and action, DreamWorks has got this franchise down pat. And perhaps therein lies the problem. After the film ends and start to think about what happened, you realize just how familiar the film really is. Plot mechanics be damned, there a few too many coincidences and plot holes this time around that you’d think they could have ironed a few of them out — especially considering how long it took for this one to make its way to theaters.

But don’t worry, it’s all in good fun. Plenty of slapstick abounds, and even with Guillermo del Toro returning to executive produce, it never gets too scary to upset the youngest viewers. This also may be the most childish of the series — KFP2 has now been concreted as the Empire Strikes Back of the franchise — but it does make plenty of nods to the first two installments to wrap things up nicely. Kung Fu Panda 3 may be more of the same, but in this case, that’s never a bad thing. It kicks off the 2016 animated features off to a great start. However, it might be forgotten after Finding Dory swims into our hearts this summer. Until then, what’s wrong with a little Po-sized fluff?