Tony Stark, even more egotistical than ever, has to do battle with Whiplash while meeting new characters like Nick Fury from SHIELD. Made for pretty much everyone from hardcore geeks, to just the casual summer movie fan. 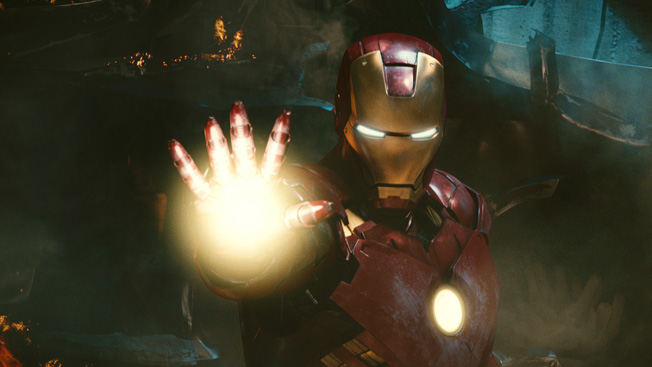 Comic book movie sequels usually fall victim to the Too Much in One Movie Syndrome. The filmmakers end up torn between telling a compelling story, but adding more and more aspects from the stories fans grew up reading. We saw in “Spiderman 3” how detrimental to the overall movie this can be. Try and pack too many villains, new allies, and storylines into one movie, and you end up with a big mess. After the success of the first installment in the “Iron Man” franchise, the question is, does the second film fall victim to this age old comic book movie dilemma?

The first “Iron Man” movie was wildly entertaining thanks in part to one very important aspect, Robert Downey Jr. Had he not been cast in the role of Tony Stark, the “Iron Man” movies would’ve probably been mediocre at best. Downey embodies the role of eccentric billionaire Tony Stark, so wonderfully; it’s hard to imagine anyone else filling that role. The apprehension I had going into “Iron Man 2” was, if they’re planning on introducing so many new characters and storylines – Samuel L. Jackson as Nicky Fury leader of SHEILD, Mickey Rourke as Iron Man nemesis Ivan Vanko/Whiplash, Lt. Rhodes taking on a more focused role as Iron Man’s sidekick War Machine, Scarlett Johansson as sexy SHIELD operative Natasha Romanoff, and Sam Rockwell as greedy Tony Stark competitor Justin Hammer – we’d not get enough of what makes these movies truly great, Downey’s acting and screen presence. I’m glad I wasn’t disappointed. Even fitting all those other storylines and characters into the film, director Jon Favreau is able to give us more than ample Downey time with his trade mark witty banter, and one-liners that will have you rolling with laughter.

Iron Man has become a world sensation and Tony Stark is back to his boyish tricks. He’s mighty proud of himself, and the humility he seemed to have (slightly) learned in the first movie, has all but disappeared. He’s now intent on showing the world what the suit can do. He flies into his technology expo, in the Iron Man suit, lands in the middle of what appear to be the Laker girls, dressed like sexy Iron Man-ettes. He’s on top of the world again, just the way Tony Stark likes it.

On the other side, there’s a quite a few people that resent Tony and his achievements. Ivan Vanko is a muscle-bound Russian physicist who hates Tony for how the Stark company treated his father, co-inventor of the glowing technology Stark now has in his chest, keeping him alive. Ivan, is probably the most intimidating physicist you’ll ever meet. He looks more like he belongs in the wrestling ring than the laboratory. In a darkened room in Russia – doesn’t it seem like most all of the most earth-shattering inventions known to mankind are created in darkened rooms or caves – Ivan creates a similar power supply that powers Iron Man’s suit and some nifty electrified whips that can cut cars clean in half.

The movie doesn’t skimp on the action scenes, when Ivan is cutting race cars in half with his whips it’s a sight to behold. The movie is chalk-full of action. The middle, does seem to drag a little, with Tony Stark being confined to his home by the government, but that doesn’t stop him from inventing cool new gadgets during music-filled montages.

At times “Iron Man 2” does feel a little crowded. The special effects are top-notch, some of the best to be in a comic book movie so far. The stories of the SHIELD group, Nick Fury, and the possible assembly of The Avengers will have comic book geeks riveted. The non-stop explosions will satisfy the action junkies. But, even with all that thrown into the “Iron Man” pot, Robert Downey Jr. is once again the reason to see a movie. His acting comeback was fascinating to watch, and he’s showing no signs of slowing down. With some very clever writing, and some gut-busting one-liners, Robert Downey Jr. carries another “Iron Man” movie across the finish line on his back, by himself. He doesn’t even need the Iron Man suit to do that.