An action-packed feature film by two young directors with a message. Made for hopeful optimists who believe in the best of both worlds.

Rated R not yet rated (currently unreleased in America) 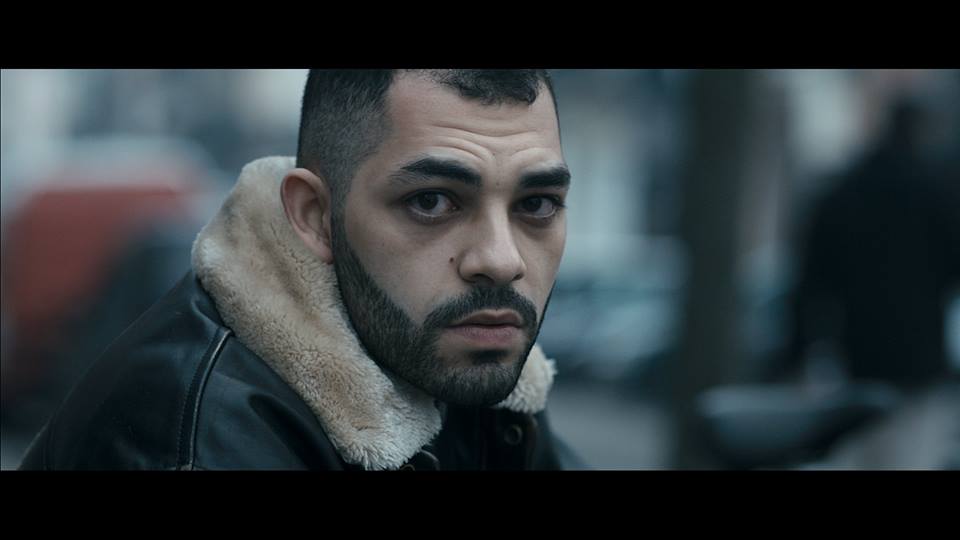 ‘Image’ – with the French pronunciation “/i.maʒ/” – is an important film. In Belgium, roughly 10% of the population consists of newcomers. Foreigners, who have left behind their original life and country to start anew. Sadly, a lot of people are opposed to the idea of so-called ‘new Belgians’. These right-wing nutjobs do whatever is in their power to create an ambience of fear, frustration and xenophobia. Directors Adil El Arbi and Bilall Fallah – Belgians by birth with Moroccan heritage – have created their first feature-length action drama, to criticize how the local media (newspapers, television programs, websites etcetera) frame and portray ethnic differences. In short: mostly in a very negative way, which is fuel on the fire for the crypto fascists.

In ‘Image’, we follow Eva (Laura Verlinden), a young and ambitious journalist working for a news show (akin to ‘Eye on Springfield’ or ‘CBS Evening News with Walter Cronkite’). She gets permission to film an in-depth item on problematic slums in Brussels, and has one week to deliver the final product. When she meets the francophone Lahbib (Nabil Mallat), he offers to give her an insider’s view on the raging problems, prejudices and disappointments. Lost in time and fascination, Eva struggles to finish her piece – which angers star presenter Herman Verbeeck (Gène Bervoets) to no end.

Shot with flair, aplomb and gusto to spare, El Arbi and Fallah have created a movie that is nothing short of spectacular. With a reported budget of less than $125,000, they nevertheless used impressive crane shots, aerial vistas of Brussels and beautiful long takes. The refined screenplay aptly combines Dutch, French, Arabic and English to form a cohesive whole that’s easy on the ears. Sometimes, Laura Verlinden comes across as a little too soft-spoken for an investigative journalist, but she still carries her role with finesse. Strong supporting players Wouter Hendrickx and Geert Van Rampelberg (as her sound and camera operators) provide comic relief, whereas Gène Bervoets (best known to American audiences for his starring role in the 1988 Dutch classic ‘The Vanishing’, that has recently been released on a Criterion Blu-ray) revels in playing the smiley and slimy anchor. Special mention to the blink-and-you’ll-miss-them Hitchcockian cameos by the directors, and by their longtime collaborator Dimitri Sakelaropolus as a mute journalist infatuated with his cell phone.

The real treat of ‘Image’, however, is Nabil Mallat. The debutant previously played a few roles in short films, and makes his grand entrance through the pearly gates of the cinematic world as Lahbib. Mallat is a rare breed of an actor: strong, commanding, mesmerizing, brooding and always fearless. Whenever he’s on screen, you’re in awe of his amazing portrayal. This kind of performance is exceedingly rare. Daniel Day-Lewis in ‘There Will Be Blood’. Robert DeNiro in ‘Taxi Driver’. Matthias Schoenaerts in ‘Bullhead’. Heath Ledger in ‘The Dark Knight’. Tom Hardy in ‘The Drop’. And Nabil Mallat in ‘Image’. He can even make an event of the simple act of eating a dürüm. Unbelievable, top-notch, first-rate acting from a major talent.

As stated above, ‘Image’ is an important film. Because it gives a voice to the voiceless, the misunderstood, and the bullied. El Arbi and Fallah have a deep knowledge of film in general, which paid off handsomely for their first offering: a slice of cinéma vérité with the attitude and looks of a Hollywood actioner. Not to be missed, and hopefully picked up by an American distributor before too long.