How to Be Single

Another prime example of a chick flick gone awry. Made for the target audience.

Rated R for sexual content and strong language throughout. 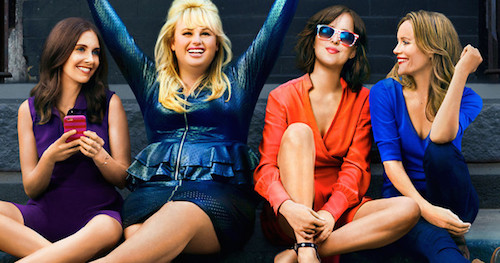 Is it really that hard to make a good romantic comedy? Not to discredit the target audience, but they deserve better. While there are some fantastic titles in the genre — (500) Days of Summer, Sleepless in Seattle, My Best Friend’s Wedding, Say Anything, most of John Hughes’s resume, even Old Hollywood could crank them out: see pretty much anything starring Cary Grant, Rock Hudson, or Audrey and Katharine Hepburn  — they certainly feel few and far between. Alas, the deck was stacked against How to Be Single even before I sat down.

With a likeable cast — who have all done far better work — director Christian Ditter and his gaggle of writers (Abby Kohn, Marc Silverstein, and Dana Fox) have delivered one of the most scattershot rom-coms of the bunch. Packed full of coincidences and forced farce, leave it to the character with the smallest amount of screentime to walk away unscathed. He may be a Wayans, but Damon Wayans Jr. is the only sympathetic character who’s clearly saddled into this mess because they hadn’t found a way to get the audience to cry yet. He’s seriously that unnecessary. But critics be damned, it’s bound to pull in a decent amount of cash this weekend. All the single ladies will be needing something to see while all the single boys are at Zoolander 2 and the smartest crowds are helping fund the Deadpool sequel that can’t come fast enough.

What little story there is revolves around poor Alice (Dakota Johnson). After she meet-cutes her boyfriend Josh (Nicholas Braun), we flash forward four years and they’re in the midst of a breakup. Alice wants to get to know herself better because she’s never been alone so she heads out to the Big Apple to live with her sister Meg (Leslie Mann). She finds solace with her wild co-worker Robin (Rebel Wilson) who just wants to party all night and sleep with anything that moves.

Side stories involve Meg being sought after in Cougar Town by the boyish Ken (Jake Lacy). Tom (Anders Holm) tries to keep his feelings locked up toward dating site algorithm-guru Lucy (Alison Brie) who thinks that there’s the perfect man out there for her if she can just use the right search words. All this while David (Wayans Jr.) is shoehorned in as a grieving widower dealing with how to talk to his daughter about her mother’s death. It’s a little exasperating and extremely hard to follow. You almost need a scorecard to keep track of everyone. Or turn it into a drinking game where you have to take a shot anytime you have to question what the hell is going on.

The cast does their best to keep the pace chugging along while Ditter drowns the audience in montage after montage. Just about the only break we get is any time Lucy is on screen with the love of her life George (Jason Mantzoukas). The two are hilarious together and have fantastic comedic chemistry. This should come as no surprise since the two were last seen together in the far better Sleeping with Other People. Now that is a good romantic-comedy. Skip How to Be Single and run out and rent Sleeping with Other People. It deserves a far bigger fan base, seriously, go now!

As for this jumbled mess, it comes as no surprise considering the screenwriters assembled to patchwork Liz Tuccillo’s novel for the big screen. I present the following offenses for the jury: Exhibit A) Kohn and Silverstein are both responsible for Never Been Kissed, He’s Just Not That Into You, Valentine’s Day, and The Vow; while Fox “treated” us to The Wedding Date, What Happens in Vegas, and Couple’s Retreat. It’s clearly evident that they were brought on because they have friends behind, and in front of, the camera. Kohn and Silverstein in producer Drew Barrymore, with Fox having written for the sadly canceled — and way better than this film — Ben and Kate which also starred Johnson. It’s fine if friends want to work together — the Apatow crew has been delivering the goods for years now — but please make it worthwhile for the audience.

Unfortunately, every single person involved is guilty of false advertising — especially the marketing department at Warner Bros. How to Be Single has gone out of its way to look like another wacky R-rated comedy in the vein of Paul Feig’s Bridesmaids. All we’re left with here is another hodgepodge of mediocrity that honestly could have been better with a few rewrites. Instead, we’re following the bouncing ball from one page of the screenplay to the other with coherency tossed to the wind. I’m sure it’ll make a big enough splash opening weekend, but there’s no way anyone will want to revisit the land of First World Problems and entitlement. Please, for the love of all that’s holy, simply skip this and stay home for a girl’s night with some pizza and Sleeping with Other People and you can thank me later.