Well deck my halls, it made me laugh! Made for families looking for another Christmas film to throw on the list.

Rated PG for slapstick violence, rude material and some language. 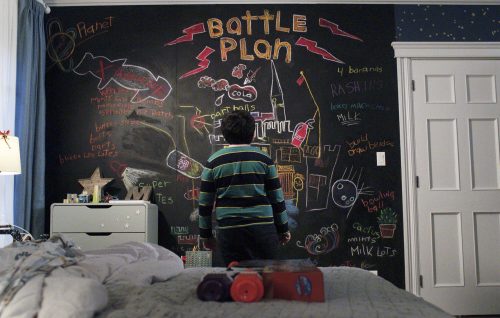 It pains me to write that Home Alone was released 31 years ago. In that time, there’s only been one proper sequel — Home Alone 2: Lost in New York — but that hasn’t stopped 20th Century Studios from cashing in with direct-to-video installments. It should not surprise anyone that Disney jumped on the reboot wagon after acquiring the franchise from Fox. Now, Home Sweet Home Alone — the sixth installment — is premiering as part of Disney+ Day (November 12), and thankfully they included plenty of laughs and feels to go along with the Rube Goldberg-laden shenanigans.

Director Dan Mazer managed to make something that appeals just as much to adults as kids. But, then again, maybe not, considering he’s best known for working with Sasha Baron Cohen. It also helps that screenwriters Mikey Day and Streeter Seidell (both SNL alums) have a much better grasp of what made the original work — even if they never can quite capture the charm of John Hughes and the McAllisters. Add in at least one returning character, a few of John Williams’s iconic themes, and families can sit back and enjoy the show.

Pam (Ellie Kemper) and Jeff (Rob Delaney) are having an open house when along comes young Max (Archie Yates) and his mom, Carol (Aisling Bea). After Max binged 10 soda refills, the two make a pitstop in a ruse to use the facilities. When Max goes snooping around, it’s discovered that Jeff is in possession of a rare doll that could be worth $200,000. And just wouldn’t you know it, the doll has gone missing with Pam and Jeff on a mission to get it back from Max. Meanwhile, Max has made his family disappear, and now he has to protect his house from Pam and Jeff with the help of outrageous booby traps. All the while Max thinks the two are trying to kidnap and sell him instead of the doll.

Home Sweet Home Alone keeps the updates simple enough and merely switches things around to focus on the adults. It may not seem like much, but it managed to keep my interest far better than had it focused on Yates’s Max. Not that there’s anything wrong with Yates, or his performance, but with this being a sequel to the first two, it’s relying heavily on nostalgia with just enough mayhem for the kids. It’s also full of references and jokes that kids won’t get. They’re never dirty — this is a Home Alone film after all — but kids will not get a Scarface reference. But, my 4-year-old daughter did laugh because the mountain of cocaine was replaced with M&M’s.

In the end, Home Sweet Home Alone never tarnishes the original or tries to completely remake it. Day and Seidell pack it with tons of hilarious dialogue to make up for any of director Mazer’s visual shortcomings. There’s at least one gag involving a swimming pool that makes absolutely no sense for a film taking place during the holidays. Plus, Kemper and Delaney are an enjoyable husband/wife. It absolutely feels like a Disney+ film, but it’s also never as bad or dumb as you’d expect it to be. Curmudgeons will want to keep their distance, but for families looking for something new this holiday season — let’s face it, you can only watch the classics so many times in one month — give it a shot.