A poorly executed good idea, happythankyoumoreplease completely misses it's chance to shine. Made for anyone who would like an unfunny, uncharming bad carbon copy of Garden State and people who actually find Josh Radnor entertaining. 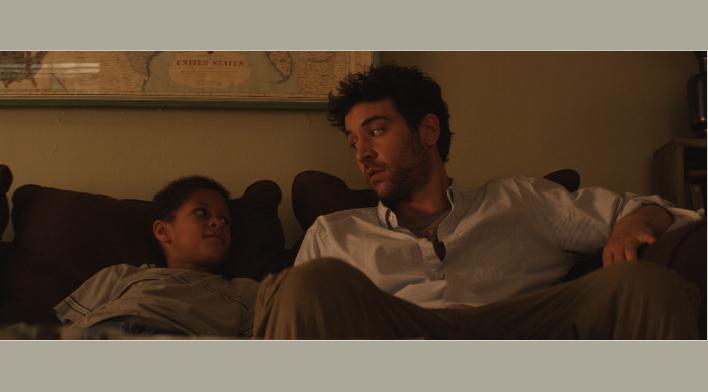 Sam Wexler (Josh Radnor, How I Met Your Mother) is trying to create the perfect life for himself, but no matter how hard he tries nor what he does, it’s the things that he doesn’t do that prevent him from obtaining his goal. happythankyoumoreplease tells the story of Sam and his new romantic interest (Kate Mara, Entourage) side by side by side with two other couples. It doesn’t take long to notice similarities between the couples in the trails they all go through.

There are four main problems with happythankyoumoreplease: one, the mirroring occurrences between the couples creates a predictable repetitive pattern that tells what the next couple is going to go through before we see it happen.

The second lies within the written dialogue itself. More often than not, the jokes – several of them being reoccurring ones – don’t work. Instead of hearing the sound of laughter in the audience, they’re followed up by an uncomfortable awkward silence – like when someone tells a bad joke at a party.

The third lies in self casting. Just as he fails to do in How I Met Your Mother, Josh Radnor is not a leading man. Not that I personally know him or anything, but Radnor appears to have the same persona as his characters – a rambling typical stupid male. That type of character gets annoying after a 22-minute episode of television, let alone a 100-minute movie.

The fourth is an unnecessary side-character that raises huge moral questions that are almost completely ignored by every other character. In the intro to the movie, while racing to an interview he’s already late for, Sam finds a lost child. Trying to make it to the interview as quick as possible, Sam decides to bring the child and return him to his home later. But for some odd and unbelievable reason, Sam keeps the kid for several days. Freaky, right? As if Sam’s act isn’t creepy enough, none of the other characters seem to care at all. They may freak out each time they find he’s still with the child, but quickly drop it and move on. Nobody seems to care.

With those problems aside, it’s the rest of the cast that makes the film worth watching. When Sam first sees Mara’s character – Mississippi – walking down the sidewalk of a busy New York City street, time slows down, his heart skips a beat and he forgets the important business interview he’s headed to. When I met Mara at a penthouse interview in Park City, Utah during the film festival, I had the exact same real life experience that fiction Sam had. She’s gorgeous. And not only is Mara easy on the eyes, but she’s also got a fantastic screen presence and a mesmerizing charm. I’m just waiting for her to have a breakthrough in major motion pictures.

The other two couples are made up of Zoe Kazan (Revolutionary Road) and Pablo Schreiber (It’s Always Sunny In Philadelphia: A Very Sunny Christmas), and Malin Akerman (Couples Retreat) and Tony Hale (Arrested Development). Kazan and Schreiber’s young characters hit a stumbling block in their relationship as Kazan’s has an unplanned pregnancy and Schrieber’s has an itch to take a job thousands of miles away. Hale plays an awkward attorney trying to get a date with Akerman’s character, a colleague from work. As nerdy and dejected as he is, his persistent attitude wont allow him to give up on her – and her damaged heart will not allow her to be loved.

All in all, happythankyoumoreplease is not as great as it could be. A step above most typical romantic comedies, but not nearly as great as the truly good ones, it’s a movie that I’d recommend only to those who truly enjoy the genre.