As smart, sassy, and endearing as its pint-sized genius. Made for fans of entertaining dramas that don't wallow in cuing the violins.

Rated PG-13 for thematic elements, language and some suggestive material. 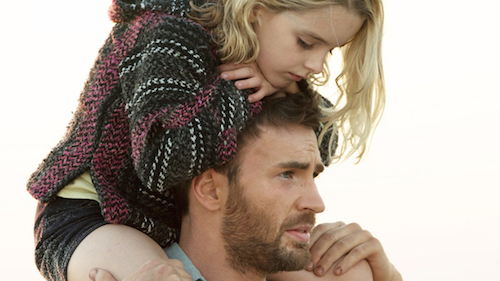 It may be only April, but it’s been a pretty good year for film so far. Irregardless — a fantastic joke from the movie — leave it to director Marc Webb (both Amazing Spider-mans and (500) Days of Summer) to blast spring with a breath of fresh air anyway. Working with Tom Flynn’s touching and hilarious screenplay, along with the perfect duo of Chris Evans and 10-year-old Mckenna Grace, Gifted manages to be heartwarming without being sappy and full of laughs without having to dumb things down.

Frank Adler (Evans) lives a simple life. He repairs boats while homeschooling his niece Mary (Grace). But today is different: it’s Mary’s first day of first grade in the public school system. Against her will, Mary trudges onto the bus and is carried away where she meets her teacher Bonnie (Jenny Slate), who Mary instantly doesn’t like because she’s already proven herself lightyears ahead of her classmates. Soon enough, her intellect is found out — Mary’s mother was a genius, and so is she — and the Principal offers to pull strings to get Mary into a school for gifted children. Turns out, Mary isn’t the only one who’s smarter than they look and Frank winds up in a custody battle with his estranged mother, Evelyn (Lindsay Duncan).

It’s films as good as Gifted where it’s hard to heap on the praise. However, if there are a few things that don’t necessarily work, it’s the casting of Slate and Octavia Spencer in what amount to throwaway roles. It’s a good thing Spencer is so damn likable no matter how small the screentime. Unfortunately, Slate gets the short stick and has the weakest character of the whole movie. But not even these extremely minor things can get in the way of Webb working his indie magic, making good on his acclaim after (500). If you need some real praise, take it from my wife. There’s a scene featuring Frank and Mary having a discussion silhouetted against a sunset where she turned to me and said, “If I wasn’t already pregnant, that would make me pregnant.” Gifted makes for a fantastic night at the movies where you can sit back, laugh, and feel all the feels.