Never as emotional as 'Logan,' or as bloated as 'Apocalypse,' Kinberg grounds the franchise as it fares adieu in the midst of the Disney merger. Made for 'X-Men' fans and those who have been waiting to see their beloved "Dark Phoenix Saga" get its due.

Rated PG-13 for intense sequences of sci-fi violence and action including some gunplay, disturbing images, and brief strong language. 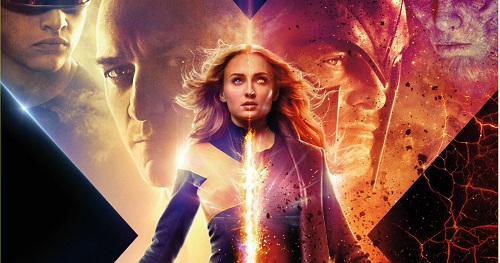 Production troubles can wreak havoc on a film’s success before it even opens. In the case of the new X-Men entry, Dark Phoenix, everything from reshoots to internal studio scandals have already set the film’s reputation aflame. Don’t let the bad buzz turn you off, Dark Phoenix may not be the best X-Men entry, but it’s way better than both The Last Stand and Apocalypse.

With Simon Kinberg finally in the director’s chair — he’s had his hand in the series for years as writer/producer — he tries to send the end of the Fox X-Men series out with a bang and succeeds for the most part. Unfortunately, the series ends more anticlimactically than we hoped, but at least he does John Byrne, Chris Claremont, and Dave Cockrum’s beloved “Dark Phoenix Saga” proud.

With Apocalypse behind them — seriously, this entry never once references the last installment — and a new decade upon them, Professor Charles Xavier (James McAvoy) is sending his X-Men crew to space to save the Endeavor from a cosmic flare. Raven/Mystique (Jennifer Lawrence) thinks Charles is starting to take too big of risks to enhance his ego, but he still defends he’s fighting for their own safety.

While in space, Raven, Hank/Beast (Nicholas Hoult), Scott/Cyclops (Tye Sheridan), Peter/Quicksilver (Evan Peters), Kurt/Nightcrawler (Kodi Smit-McPhee), and Jean Grey/Phoenix (Sophie Turner), barely escape with their lives, saving the crew of the Endeavor. In the process, Phoenix gets caught in the flare, turning her powers up to 11.

Now, an alien race has come to Earth to find the flare — actually a cosmic force — lead by Vuk (Jessica Chastain). These beings want to use the force to wipe out all existence and teraform the planet to repopulate with their own race. Now, Jean must learn to control her new powers causing her to become the X-Men’s greatest foe, leading to a showdown in the streets of New York, bringing out Erik/Magneto (Michael Fassbender) and his motley crew to either win Phoenix back, or risk losing her forever.

As much good as Bryan Singer brought to the X-Men franchise, he also brought along his own amount of bad — and controversy. After Matthew Vaughn rebooted the franchise fantastically with First Class, Singer returned after a 12 year hiatus with one of the best entries — Days of Future Past — only to crash and burn with the bloated Apocalypse. It’s a shame that this will be the last entry for the new timeline because Kinberg brings the series to a firmly grounded adventure.

Sophie Turner gives a wishy washy performance, but considering she’s spent most of her acting on Game of Thrones she shows a lot of promise here. The rest of the cast all slip back into their respective roles as expected and it was nice to see some genuine tension amongst some of the characters. Unfortunately, McAvoy is clearly tired of playing Xavier and almost makes a turn toward self parody. The worst offender is Jennifer Lawrence who puts in the same kind of performance she put in before her character gets awakened in Passengers, while the stand-out — as expected — is Fassbender. The man never disappoints.

The pace moves along nicely, even if the ending feels anticlimactic and never offers the emotional payoff you’re expecting. No ill will to Kinberg, the man got the short end of the stick directing the final entry before the Disney merger while fighting against glaring similarities of Captain Marvel, but by now, most people know what’s happened behind the scenes. The ending feels far more appropriate to the rest of the film. How it was originally intended to end would have felt way out of place.

While Dark Phoenix may not send the franchise out in a blinding glory, at least it’s everything we’d expect from an X-Men movie: humor, heart, a wonky timeline, and plenty of spectacle.