A mess from start to finish. Made for not even diehard Joe Dante fans. 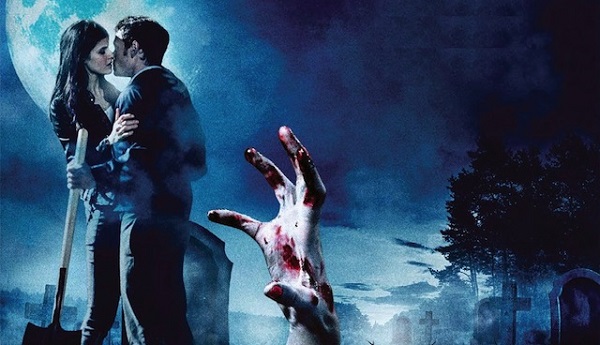 It’s hard to watch one of your favorite directors fall from grace. Growing up in the ’80s and ’90s, Joe Dante always delivered and was no stranger for jumping from genre to genre. One thing was always the same though, you knew you were watching a Dante film. Through Piranha, The Howling, Gremlins, Explorers, segment “3” of The Twilight Zone: The Movie, Innerspace, The ‘Burbs, Gremlins 2, Matinee, Small Soldiers, it was a strong 20 years of endless entertainment.

Then when it came time to make the film he seemed destined to make — Looney Tunes: Back in Action — he seemed to have hit a roadblock and the film was not the success it should have been. It would be six years before he’d direct another feature that resembled his own oeuvre (The Hole), and now another six years after that, he has wrought his worst film yet with Burying the Ex. Dante may have rounded up a game cast — mostly in his lead Anton Yelchin — but the energy his film’s once had is missing in full.

Max (Yelchin) is in a relationship with Evelyn (Ashley Greene) who forces him to eat vegan and hates that he works at a horror-themed “Boo-tique.” Their relationship hits the skids after a bus plows down Evelyn, but not before they make a promise in front of a mystical Satan Genie that grants their wish to be together forever. Now, Evelyn has come back from the dead and is making Max keep his promise, no matter how much she starts to decompose. Now, Max has to hatch a plan with his step-brother Travis (Oliver Cooper) to get rid of Evelyn forever so that he can start a new romance with malt shop owner Olivia (Alexandra Daddario), whom he shares a mutual love of the macabre.

All the elements are ripe for Dante to make a grand comeback, but he’s saddled with an obvious and cliched screenplay from Alan Trezza, making a debut that will doubtfully make Hollywood come knocking. While it may play up the fact that Evelyn is fully aware she’s a zombie, Burying the Ex is utterly lifeless. Yelchin does what he can with Daddario, but the two don’t have enough screentime to make you root for them as a couple. They don’t even start “dating” until roughly an hour into the film. The rest of the time we’re stuck watching Greene act in full histrionic-mode.

The one joke that made me laugh came from Travis who points out the fact that they’re half-brothers “from the good side.” And being the film buff I am, I felt extreme anxiety when Max comes home to find his apartment turned 100 percent green with his imported posters folded up in a drawer. I would have driven the nearest object through Evelyn’s brain right then. But alas, we’re stuck waiting for the inevitable showdown, where at least there’s a last minute twist that actually makes sense. As for the rest of the movie, Burying the Ex is never funny enough, gross enough, or even Dante enough, to warrant even the most curious filmgoer. If anything should be buried, it’s this film off Dante’s once golden resume.