With a plot exactly as it seems, it's the characters that make it worth watching. Made for fans of police dramas dealing with clean cops, dirty cops and hard-core gangsters. 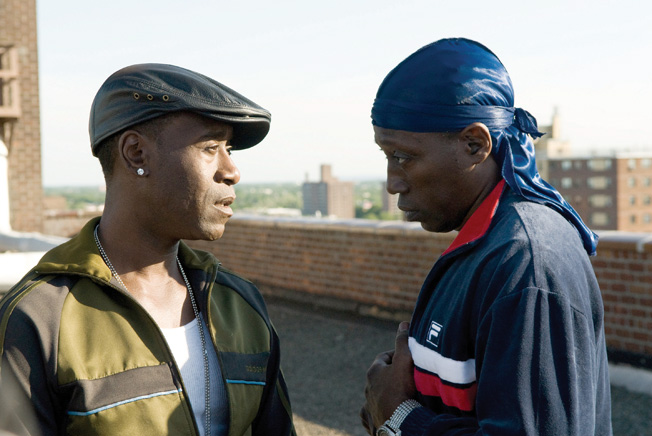 In most police dramas, there are good cops and bad cops – nothing in the middle. The good ones may turn bad, but the bad ones usually turn good by the end of the movie – or they die. While Brooklyn’s Finest is overly clichéd in several aspects, when it comes to the character dichotomy, it is completely original.

Brooklyn’s Finest tells three dark stories of police officers who work in separate departments of the force and have completely different lives outside of their jobs. By the end, of course, all three cross paths and their lives become intertwined.

Ethan Hawke (Gattaca) plays Sal, the member of a drug-raiding task force whose wife is expecting their fifth and sixth children (twins). Because they can only afford to rent a small run-down house, they are stuck with the problems that come with an old home: there is no space for everyone and it is the host to illness-causing wood mold. Sal wants out and he is willing to do whatever it takes to help them make the down payment on a new home, including killing drug dealers and stealing their dirty money.

Don Cheadle (Hotel Rwanda) plays Tango, an officer that has been undercover for so long that he has not only become one of the most respected drug supplier in the projects, but he is having a hard time differentiating his fake life with his real one. When his boss, Brooklyn’s biggest supplier (Wesley Snipes, Blade), gets out of his seven-year stretch in prison, Tango has a hard time making “correct” decisions. He starts questioning his superiors, noticing that his drug-dealing boss is more of a loyal and honest friend than his own boss back at the bureau.

And Richard Gere (Primal Fear) plays Eddie, a seasoned senior officer with only seven days left until his retirement. As he has grown accustomed to the pressure of the black and white strictness of jurisdiction and laws, he has become numb to his civic duty to “protect and serve.” While training a pair of rookies in the field, a moral battle begins to brew from within, putting Eddie to a life-altering test at a time when he could just as easily walk away.

Considering how typical the majority of Brooklyn’s Finest is to the genre, there are two major things the film does very well. First, it poses the moral question “What makes a cop a ‘dirty’ cop and what makes a cop a ‘clean’ one?” Brooklyn’s Finest steers clear of the obvious black-and-white cases, diving into the gray areas, making you ask yourself, “What would I do in this situation?” The answer to these questions will make you never want to become a police officer and never live in Brooklyn.

And second, it truly pulls you into the personal lives of its central characters. When you first meet Sal, he shocks you with his actions. You think he is a “bad guy.” But when you follow him home at the end of the day and meet his family, you see his home life and understand exactly why he does what he does. You don’t think any less of him; instead, you feel for him. The same goes for Tango. He has been integrated with the gritty dark world of the projects for so long that he is having a hard time remembering what is right and what is wrong. And when you see how poorly the police force treats him, you can’t help but wonder the same thing he is thinking – which side is the “right” side?