What's scarier than a trip back into these woods? Pretty much nothing. Made for fans of the original and anyone looking for the year's scariest movie so far.

Rated R for language, terror and some disturbing images. 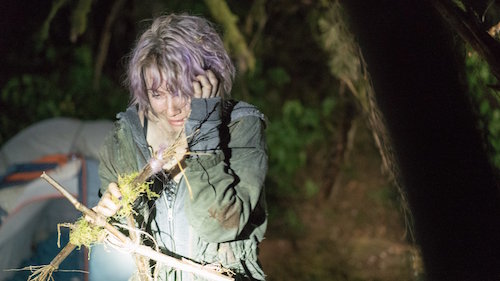 If there’s any genre more subjective than comedy, it’s horror. What’s scary for one may be laughable to someone else — or even downright boring when it comes to being the plot of a feature film. When The Blair Witch Project was unleashed back in 1999 at the Sundance Film Festival, directors Daniel Myrick and Eduardo Sanchez struck solid gold with one of the most polarizingly terrifying horror films ever. And pretty much single-handedly invented the found footage subgenre.

To say The Blair Witch Project wrecked me is an understatement. Watching a bootlegged copy on a friend’s computer at midnight was not how someone who is scared to death of the woods should have been introduced to the hysteria. I’ve still only been able to sit through it from start to finish a total of three times. No one knew a direct sequel was coming — especially 17 years later. Lionsgate managed to pull the wool over our eyes all over again by releasing a super creepy trailer for a new film called The Woods, directed by none other than Adam Wingard. Anyone who’s a fan of Wingard — and constant collaborative writer Simon Barrett — have a decent idea of what they’re getting into.

After You’re Next and The Guest I began salivating for what could be the year’s scariest film. Then, they pulled the ultimate gotcha and released a brand new trailer for what the film really is, simply titled Blair Witch. The fear and nostalgia were instantly back. But the big question was, could Wingard and Barrett bring the franchise back to its backwoods roots after the abominable Book of Shadows: Blair Witch 2 stopped the series dead in its tracks? The short answer is this: absolutely!

For anyone not in the know, the premise is every bit as simple as the original: James (James Allen McCune) believes his sister Heather is still alive in the woods of Burkittsville, Maryland. He sets out to find her armed with his best friends Lisa (Callie Hernandez), Ashley (Corbin Reid), and Peter (Brandon Scott). James thinks he’s found a lead after he contacts Lane (Wes Robinson) who agrees to take them out to where he found one of Heather’s videos. Now, everyone — including Lane’s girlfriend Talia (Valorie Curry) — will come face to face with what really lies out in the woods.

The cast obliges to what Wingard puts them through and the scares come fast and furious once they start. It does take its time before settling into ultimately becoming a bit of a remake of the original, but Wingard and Barrett still manage to put a non-stop stranglehold on the audience. If you buy into the premise, of course. As was the case with the original, this Blair Witch is also a love it or hate it kind of movie.

There will be those who complain about inconsistencies and plot holes, but do they really matter in a horror movie? What matters are the scares and Wingard taps right back into premium xylophobia. For the rest of you, you’ll probably walk out annoyed and/or bored. If you’ve seen the original, you know what you’re in for. The rest of you might as well stay home. And besides, if you didn’t like the original, why would you go anyway? This Blair Witch is the sequel fans have been waiting for and won’t leave disappointed.