A crude comedy about a vulgar teacher who simply doesn't give an “F.” Made for fans of crude R-rated comedies in the vein of 'Bad Santa.'

Rated R for sexual content, nudity, language and some drug use. 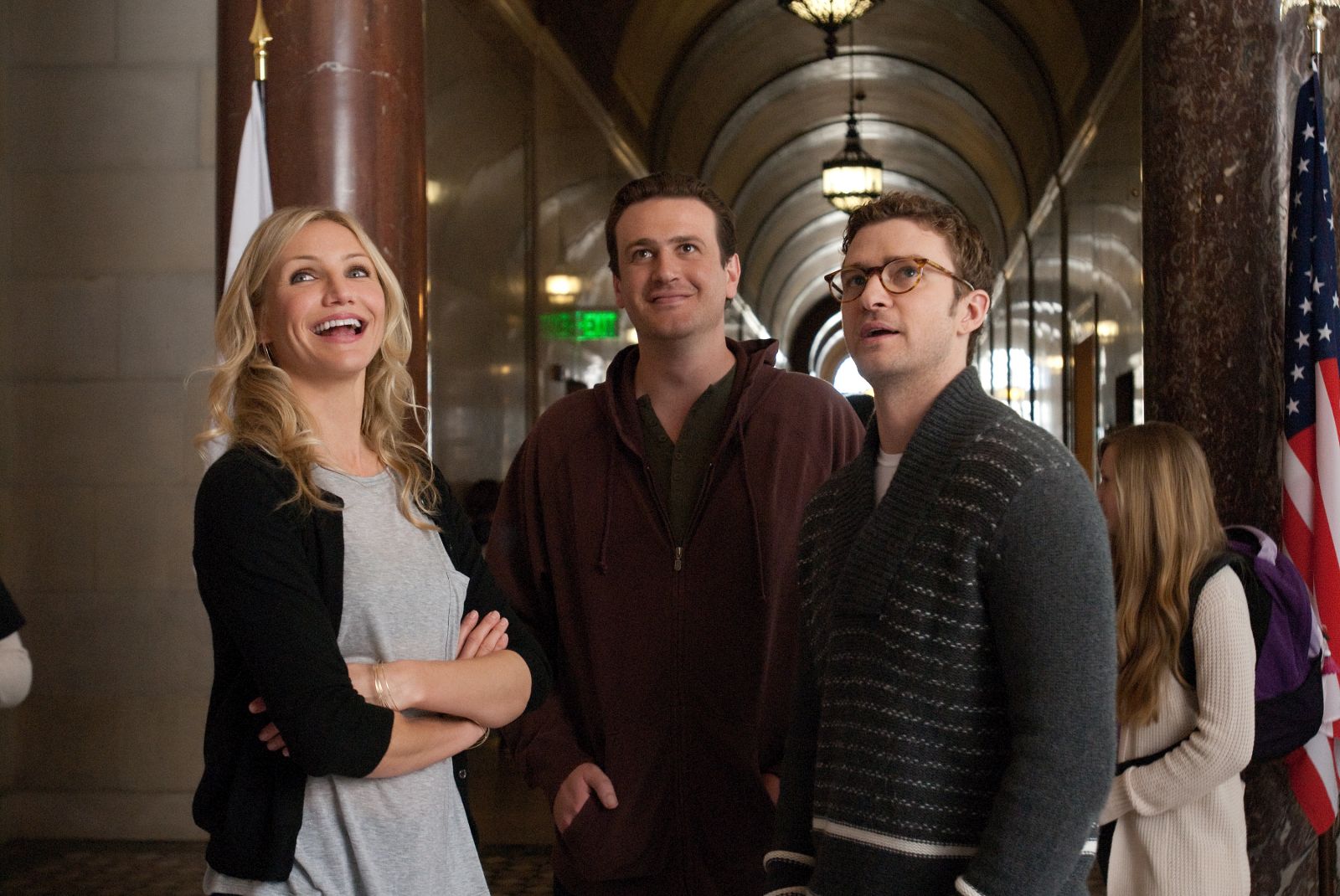 Elizabeth Halsey (Cameron Diaz, There’s Something About Mary) is vain. If she could have it her way, her full full-time job would be finding a filthy rich guy whose money she could spend for the rest of her life. When the movie opens, she’s engaged to marry one, but he wises up and leaves her, causing her to work at her much-hated job – a seventh grade middle school teacher.

Being an awful person, Elizabeth is hardly the role model type that should be teaching kids. Usually hung over, Miss Halsey sleeps behind her desk as her students watch films like Stand and Deliver. The only time she shows ambition is when the school hires financially well-off substitute teacher Scott Delacorte (Justin Timberlake, The Social Network). Instead of putting any effort into teaching the bright minds of tomorrow, Elizabeth devotes all of her time into find a way reel Scott in, giving her all the cash she could spend for the rest of her life.

Scott recognizes Elizabeth’s advances, but tells her that he is not ready to move on from his last relationship with a large-breasted brunette. Of course, Elizabeth’s shallow interior shines and leads her to believe that if she gets breast implants, Scott will immediately fall for her. A large chunk of the film is dedicated to little episodes showing Elizabeth’s personal fundraisers, the rest of the time showing her ongoing feud with a loony colleague (Lucy Punch, Dinner For Schmucks and Hot Fuzz) and thwarting the advances of the fellow pothead gym teacher (Jason Segel, Forgetting Sarah Marshall).

Unlike this year’s R-rated comedy Your Highness, Bad Teacher doesn’t rely fully on foul language for laughs. The solid humor in Bad Teacher stems from Elizabeth’s rude, blunt behavior towards adults and children alike, awkward situations and sarcastic disregard. While not as good as Bridesmaids, Bad Teacher is a much more worthy R-rated comedy than The Hangover Part II.
Photo credit: Columbia Pictures