Super boring and ultra-violent, though never in a fun way. Made for only the biggest 'Bad Boys' fans. 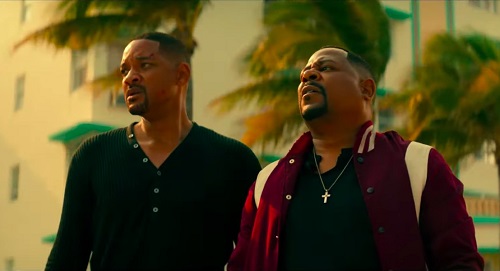 Nostalgia may be all the rage these last few years, but I don’t know anyone who was clamoring for another Bad Boys movie. Considering Michael Bay didn’t even bother to come back to direct, it makes no sense for Bad Boys for Life — a nonsensical title if there ever was for a third outing — to exist. Try as they might, directors Adil El Arbi and Bilall Fallah aim for some classic “Bayhem,” but still lose a fighting battle with Chris Bremner, Peter Craig, and Joe Carnahan’s screenplay settling for jokes strictly set on aging and mortality.

We catch up with Detectives Mike Lowery (Will Smith) and Marcus Burnett (Martin Lawrence) in a standard street chase which is just the set up to a punchline. Mike is rushing Marcus to the hospital to welcome his new grandson into the world. This also puts Marcus on the path to retirement, much to Mike’s chagrin.

See, they’re supposed to be bad boys for life — hence the title — and always planned to ride together/die together. But just wouldn’t you know it, along comes the escape of Isabel Aretas (Kate del Castillo) from a Mexican prison, plotting revenge on everyone involved in the incarceration of her drug cartel-leading husband. Now, Isabel unleashes her son, Armando (Jacob Scipio), to pull off her roaring rampage of revenge, leaving Mike and Marcus no choice but to work together one last time.

As ridiculous as it already is, there’s also a subplot involving witchcraft. Yup, Isabel is a witch, using the spirit of Santa Muerte to do her bidding. The writers also try to make the series feel like an R-rated Fast & Furious, but nowhere near as fun as any of those. Faint praise, but at least BB4L is not be as mean spirited as Bad Boys 2. However, it takes an eye rolling turn for the sentimental which is never earned and comes off as lazy, obvious, and calls for an end credit sequence no one wants.
It’s also extremely boring. It takes 45 minutes just to get to the first action sequence. And at least another 30 minutes until the second. While that one sequence is kind of fun, the rest feels interminable. And at just 123 minutes, you’d expect a film like this to rush along to the big finale. A finale featuring a rainstorm, an abandoned hotel, a helicopter, raining shards of glass, and blazing fires. I hate to say it, but I’d rather have seen Michael Bay back at the helm.