One-fifth of the film is worth watching, the rest is trash Made for people who’ve never seen a good movie before, people who like to be bored and elementary school teachers (read below for a further explanation on why)

Rated PG for some sensuality, language, thematic elements and smoking. 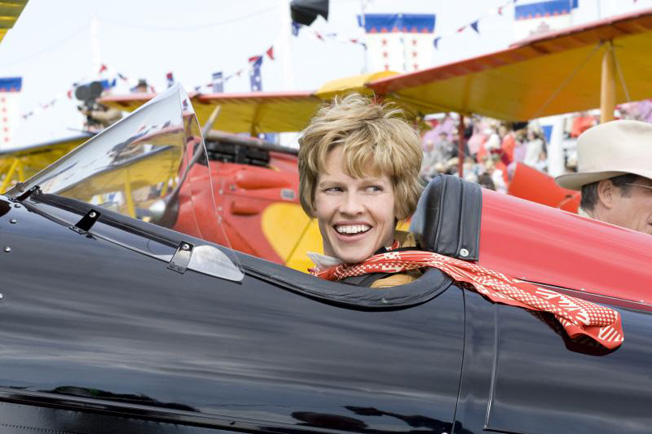 How can a film about one the most brave women in American history be so boring? I’ll tell you how – show mostly the parts of her life that do not define her, the parts that nobody knows-slash-cares about. And tell the story is the most juvenile, amateur way – write the women as male characters and vice versa.

We all know the ending to Amelia Earhart’s story – kinda – so I guess that’s the reason why the filmmakers wanted to show us what she was like aside from being a pilot. The majority of the film is lagged down in telling the love story between Amelia (Hilary Swank, Boys Don’t Cry) and