Considering you already know the outcome of the harrowing true story, "127 Hours" takes you to an intimate place that only one man has been before and teaches you something profound about yourself. Made for fans of oddly inspirational horror stories, Danny Boyle's perfect direction and unforgettably perfect acting.

Rated R for language and some disturbing violent content/bloody images.

Because the story of 127 Hours took place in Utah, Academy Award winning director Danny Boyle decided to round up his Slumdog Millionaire team and shoot the entire film here in Utah. Since a good portion of the crew were Utahans, on Saturday, November 6 Boyle held a Utah premiere of 127 Hours for the local crew. After the screening, the Utah Film Critics Association was invited to a private reception with Boyle and producer Christian Colson. The reception ended up being Boyle, Colson and five Utah film critics analyzing 127 Hours for nearly 90 minutes – virtually an interactive audio commentary like you would find on a Blu-ray’s special features. Before this evening, 127 Hours was already a five-star film in my book – but after tearing the film apart in such an intimate way with the film’s creators, I honestly wish I could give it more.

127 Hours is based on the book “Between a Rock and a Hard Place,” the true story of Aron Ralston that made world news in April 2003. Ralston, a Colorado native, took a solo weekend trip to southern Utah’s Blue John Canyon without bringing a cell phone or telling anyone where he was going. On the first day of his hike, while climbing down into a slot canyon, a boulder the size of small television gave way, causing both to fall. Miraculously, Aron ended up landing on his feet and the boulder became lodged between the narrow canyon walls just in front of his chest. Unfortunately, his right forearm was crushed and pinned between the boulder and wall. After 127 hours of being trapped, Ralston was forced to amputate his own arm. Afterward, dehydrated, losing blood and in severe pain, he had to perform the seemingly impossible task of hiking and rappelling out with only one arm.

There are three thoughts passing through your mind right now: one, if this movie shows a guy stuck in a canyon the whole time, it sounds boring. Two, why would I want to watch a guy cut off his own arm? And three, I could never do that. Allow me to address these issues individually.

One, 127 Hours is only 94 minutes long. It is not 94 minutes straight of Aron being stuck; things happen before and after the incident. Simon Beaufoy’s script brilliantly keeps the film from getting stagnant by literally making you go through everything Aron went through. You are shown the hallucinations and visions. Aron was carrying a small hand-held camera with him at the time. Several times throughout the film you are shown actual reenacted footage from Aron’s self recordings. Trust me, you never get bored.

Two, the scene where Aron performs his self amputation is brief and to the point. Yes, it is extremely graphic, but rest assured knowing that it is only two minutes long. Knowing that this inevitable moment is going to happen beforehand will help you get through it. Instead of seeing it as something disgusting, since you have now been with Aron through the entire ordeal in an abbreviated manner, you find yourself rooting for him and his freedom. You cheer for him. Which leads to the last point.

Three, if you were in the same position as Aron, you could do it. In some ways, you do go through it. That is what 127 Hours teaches you. As you watch the film and begin to root for Aron to do the unbelievable, you learn that you will do whatever it takes to survive. The overall feeling you are left with after seeing 127 Hours is one of hope and inspiration.

Much love was put into making 127 Hours. James Franco (Pineapple Express) gives the best performance of his career playing Ralston. You can expect to see a best actor nomination for it. And after briefly meeting Aron at the Utah premiere of 127 Hours, I can personally vouch for Franco’s perfect onscreen portrayal of Ralston. For the role, Ralston invited Franco to see the actual camcorder footage that was recorded in the canyon – something that only Boyle, Colson and Franco have seen outside of the Ralston family. Boyle described the real video as harrowing and James Franco’s reenactment of it perfect.

For me, Boyle is one of the world’s best directors. As I sat in a lowly lit theater waiting for 127 Hours to begin, the moment that the theater darkened and the Fox Searchlight intro appeared on screen, I thought to myself, ‘This is it!’ The anticipation and expectation of seeing a new Boyle film, for me, is like that of a Star Wars geek getting yet another revised version of his original films. As per usual with Danny Boyle’s films, going in even with the highest expectations, I was still blown away by what he accomplished with 127 Hours – easily one of the best films of 2010.

The photos below were taken by Mark Johnston of The Daily Herald. He is an amazing photographer so be sure to check out his photo blog and find him on Facebook.

Ralston speaking with a news crew on the red carpet 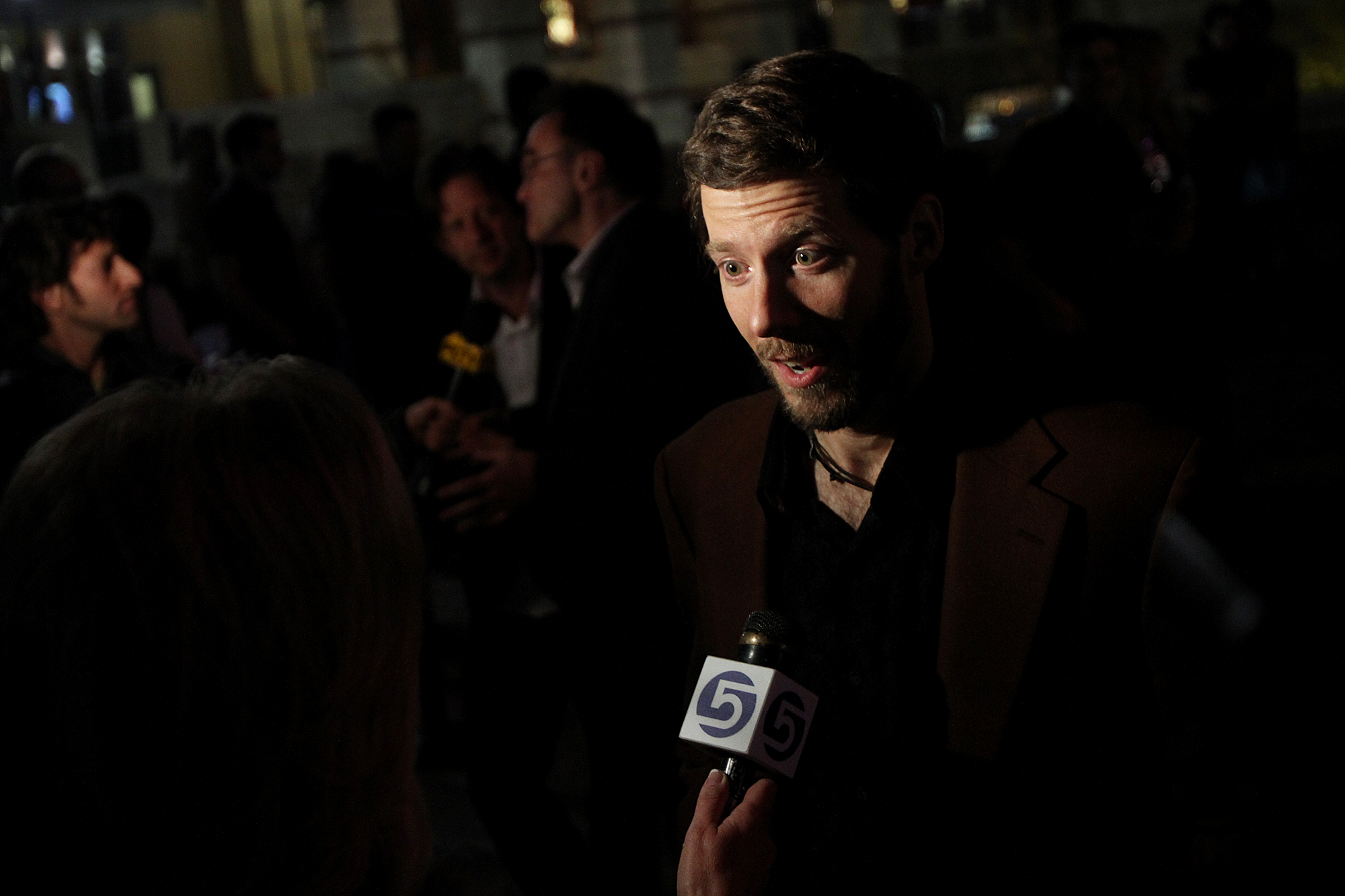 Raston posing for The Reel Place 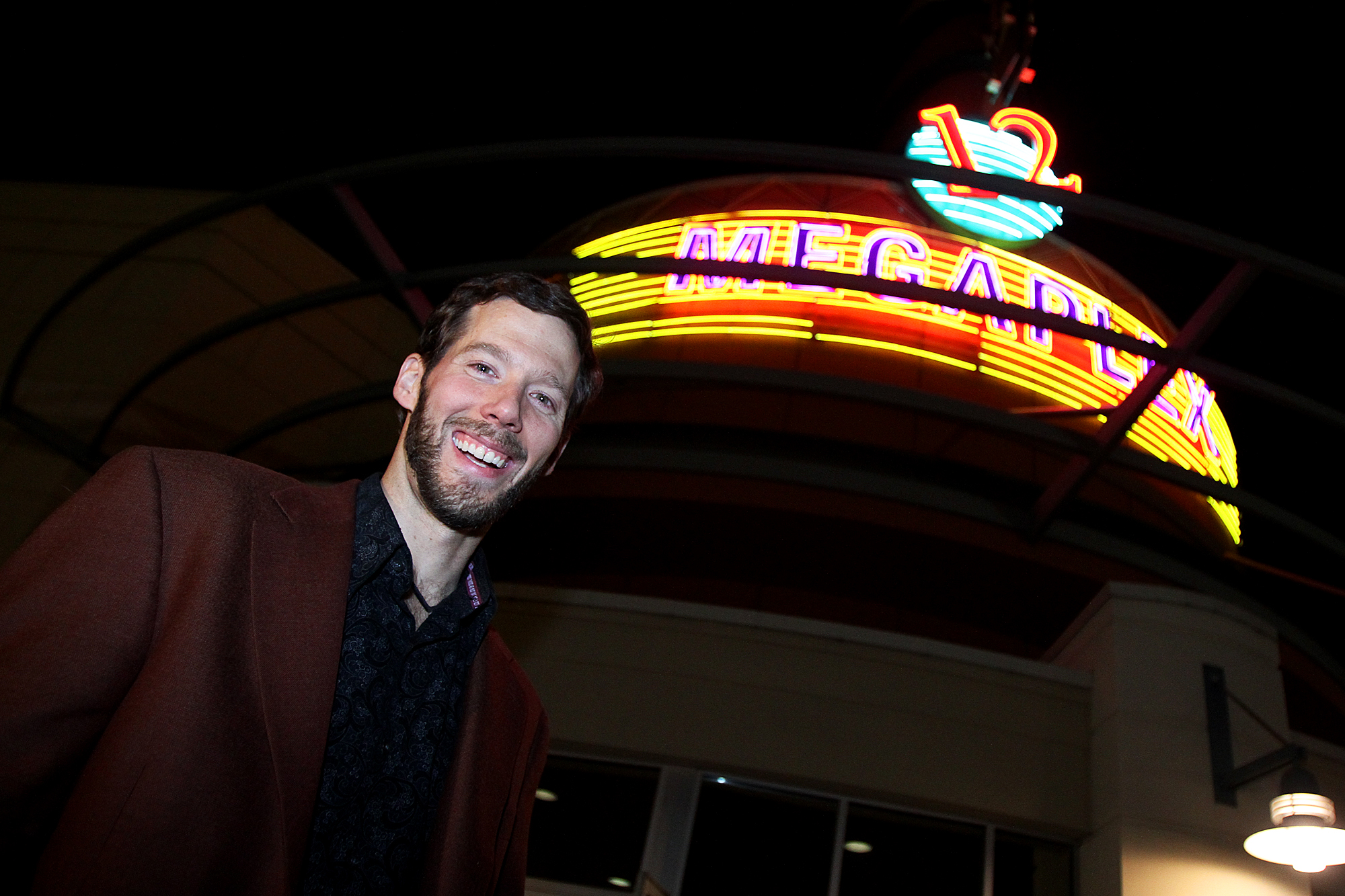 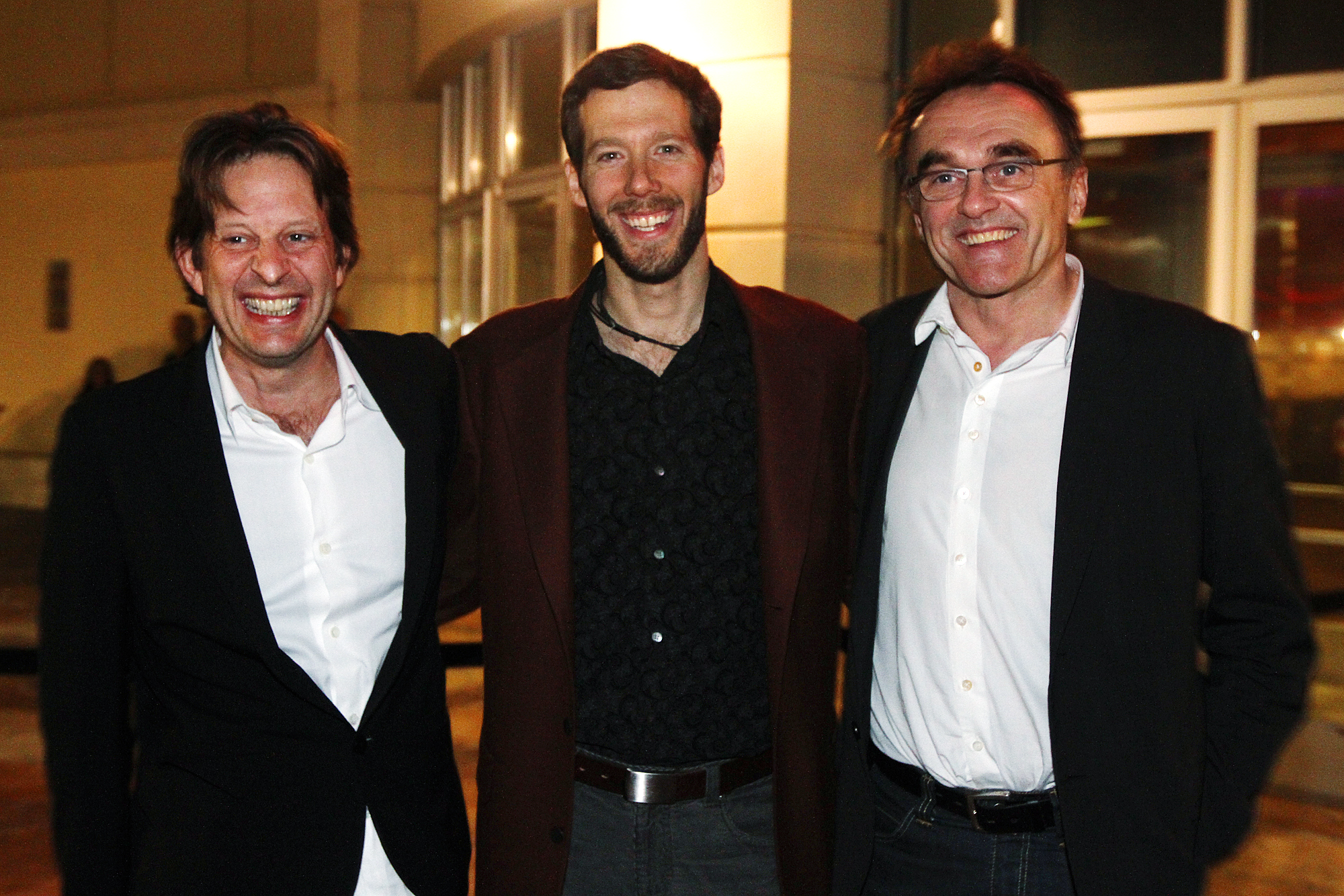