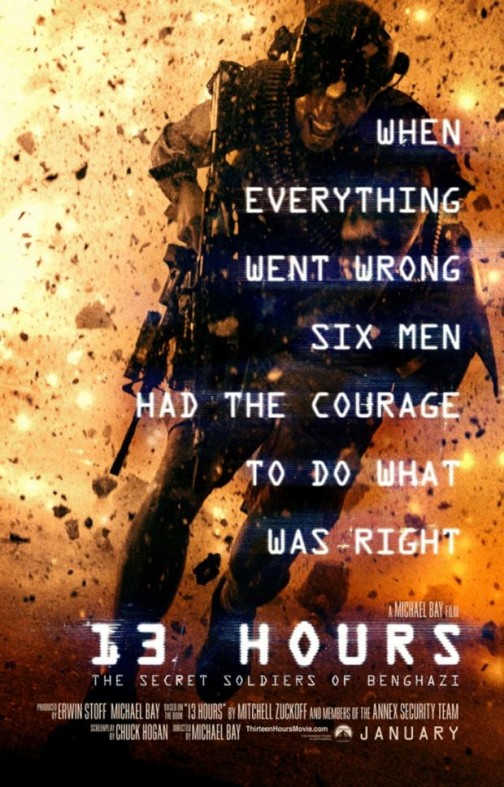 Do you want to see 13 Hours: The Secret Soldiers of Benghazi before it hits theaters? Click here for your chance to download an admit-two screening pass for an advance screening being held on Tuesday, January 12 at 7PM in Salt Lake City! Seats in the theater are first-come, first-serve so please arrive extra early for ticket exchange. Good luck and we’ll see you there!

Synopsis: 13 Hours presents, for the first time ever, the true account of the events of September 11, 2012, when terrorists attacked the U.S. State Department Special Mission Compound and a nearby CIA station called the Annex in Benghazi, Libya. A team of six American security operators fought to repel the attackers and protect the Americans stationed there. Those men went beyond the call of duty, performing extraordinary acts of courage and heroism, to avert tragedy on a much larger scale. This is their personal account, never before told, of what happened during the thirteen hours of that now-infamous attack. 13 Hours: The Secret Soldiers of Benghazi opens everywhere on January 15. www.13hoursmovie.com