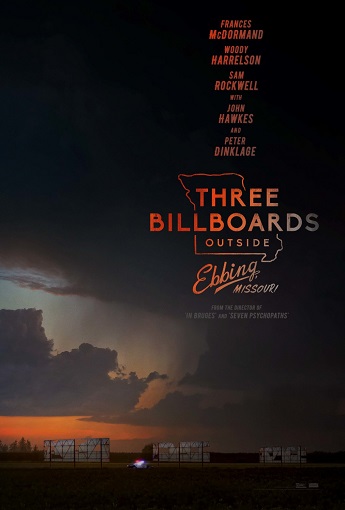 The Reel Place is excited to offer you the chance to see the acclaimed and buzzing new film Three Billboards Outside Ebbing, Missouri for free before it opens in Utah. Click here for your chance to attend the special advance screening being held on Wednesday, November 15 at 7pm in Salt Lake City. (Please note that having a pass does not guarantee admission, as the theater is overbooked to ensure that it fills. Please arrive extra early to exchange your passed for an assigned seating ticket.) We’ll see you there!

Synopsis: Three Billboards Outside Ebbing, Missouri is a darkly comic drama from Academy Award winner Martin McDonagh (In Bruges, Seven Psychopaths). After months have passed without a culprit in her daughter’s murder case, Mildred Hayes (Academy Award winner Frances McDormand) makes a bold move, painting three signs leading into her town with a controversial message directed at William Willoughby (Academy Award nominee Woody Harrelson), the town’s revered chief of police. When his second-in-command Officer Dixon (Sam Rockwell), an immature mother’s boy with a penchant for violence, gets involved, the battle between Mildred and Ebbing’s law enforcement is only exacerbated.

Watch the restricted trailer below: