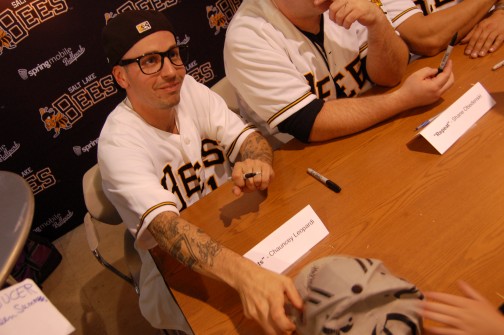 The Sandlot 20th anniversary coverage continues with an exclusive one-on-one interview with Chauncey Leopardi – or as you may know him, Michael “Squints” Palledorous. You may recall that Squints is the character who’s probably most well known for faking his own drowning in order to steal a mouth-to-mouth kiss from the most iconic “pool hottie,” Wendy Peffercorn.

While riding in an elevator with Leopardi after our interview, another man in the elevator asked Leopardi if his was the character who coined the phrase, “You’re killing me, Smalls.” Leopardi’s response was perfectly in harmony with Squints – “No … but I got to kiss Wendy Peffercorn!”

There’s a common thread that I noticed with each of these Sandlot cast interviews that I conducted. When an actor plays an iconic character, he/she will always be known for that character. Being known as something that you’re not for more than 20 years seems exhausting, but not a single of these actors seems distracted by the constant referential attention to their Sandlot characters and roots. Just like us geeky die-hard fans, they also have nostalgic connections to the film. It shines through in each of these interviews. There’s no way that they could have known then the impact that The Sandlot would have on so many lives over the years, but they certainly know it now and are proud to have been part of it. 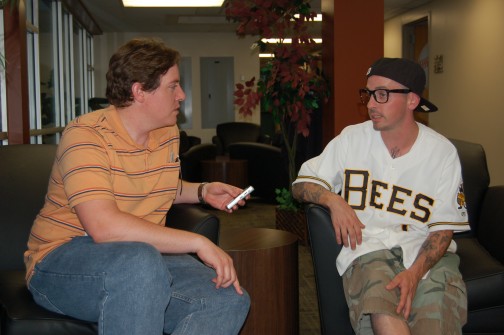 Chauncey Leopardi: Yeah, I had some setbacks, but now I’m here safe and sound and in one piece.

Luke Hickman: Is there anything in the works?

Chauncey Leopardi: Not at all. You know, I talk to Martin Starr here and there, but I haven’t seen Seth [Rogen], [James] Franco or any of those guys since we pretty much worked on the show.

Luke Hickman: Well, I want to see you in the sequel to This is the End.

Luke Hickman: Word has it that Evan Goldberg wants to make the sequel happen. I want to see you in it.

Chauncey Leopardi: Everyone I know has said, “Dude. We just watched that movie and it was so you.” I need to get in contact with those guys and get in on it.

Luke Hickman: Do you still get recognized as “Squints” everywhere you go?

Chauncey Leopardi: If I have the glasses on, yeah. Here and there – you know, L.A. is such a weird city because everyone is like, “Whatever. It’s not a big deal.” But I get starred at a lot by people saying, “I think I know him from somewhere.” It’s like I basically went to everybody’s high school. (laughs)

Luke Hickman: Did you grow up in L.A.?

Chauncey Leopardi: Yeah. I moved out there when I started acting, so around age seven. We went there then and never left. I pretty much grew up in L.A..

Luke Hickman: Where were you at before that?

Chauncey Leopardi: Dallas, but before that Pittsburgh. We made a tour across the country.

Luke Hickman: Have you been back out here to Utah since the shooting of The Sandlot?

Chauncey Leopardi: I did one more film here when I was about 15. It was called The Paper Brigade. We shot it here in Salt Lake, up in the Avenues. But I haven’t been back since. It’s a good city. I’ve enjoyed my summers here.

Chauncey Leopardi: Yeah. It’s interesting because I’m a “child actor,” so I got the child’s point-of-view of the city. When you get to experience it as an adult, it’s always fun.

Luke Hickman: What do you anticipate for when you get back to the field where you shot The Sandlot tomorrow?

Chauncey Leopardi: Lots of memories, I’m sure. I’ve seen some pictures online and was like, “Oh, wow,” so I cannot wait to get out there tomorrow and step foot on it and really just take it all in.

Luke Hickman: I was talking with director David Evans this morning and he got to visit the lot yesterday. He said that it was overwhelming, tears and all.

Chauncey Leopardi: I can imagine. It’s been such a huge part of all of our lives – separately and collectively. I think it will be really meaningful, especially to share it together with everyone else.

Luke Hickman: While you were shooting it or after having seen the final version, did you realize at that young age what you were doing? Could you grasp how much wildly it was accepted?

Chauncey Leopardi: No. You never really know while shooting it – even after watching it. I think The Sandlot just kept picking up steam – five years later, ten years later, fifteen years later. It just keeps going from generation to generation. It’s really special.

Luke Hickman: Do you have anything lined up or anything that you’re shooting now?

Chauncey Leopardi: I have a film coming out called Coldwater, and then This is the End 2! Did you hear that Seth? (laughs)

Check back for more coverage of The Sandlot‘s 20th anniversary and click here to check out my first post summarizing exactly what I did with cast and director and what’s to come. 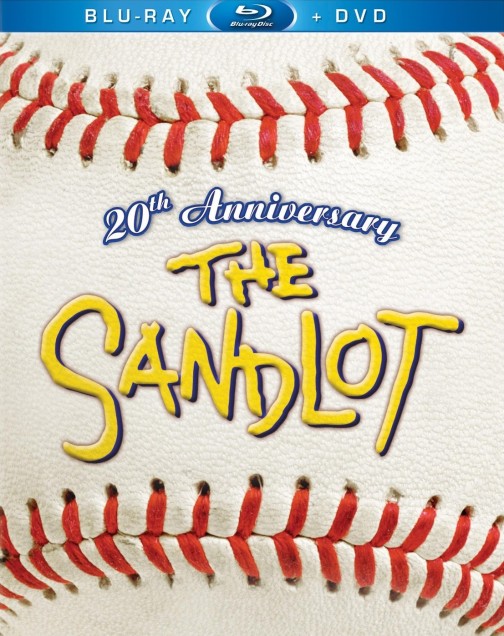