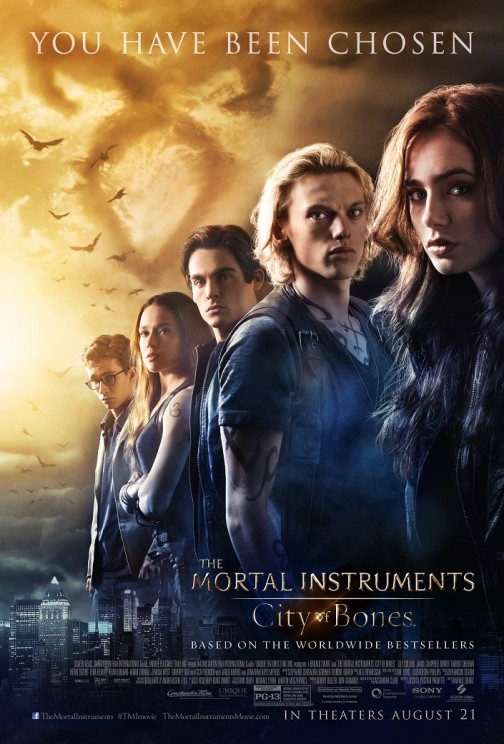 You and a guest are invited to a special advance screening of THE MORTAL INSTRUMENTS: CITY OF BONES on Monday, August 19 at 7PM in Salt Lake City, Utah! Visit www.gofobo.com and enter RSVP code REELS3BW to download your complimentary tickets! (Limit 2 passes per person, while supplies last. Passes do not guarantee admission as theater is overbooked. ARRIVE EARLY for ticket exchange!) In theaters Wednesday, August 21. Visit www.themortalinstrumentsmovie.com for more details.

Set in contemporary New York City, a seemingly ordinary teenager, Clary Fray (Lily Collins), discovers she is the descendant of a line of Shadowhunters, a secret cadre of young half-angel warriors locked in an ancient battle to protect our world from demons. After the disappearance of her mother (Lena Headey), Clary must join forces with a group of Shadowhunters, who introduce her to a dangerous alternate New York called Downworld, filled with demons, warlocks, vampires, werewolves and other deadly creatures. Based on the worldwide best-selling book series.