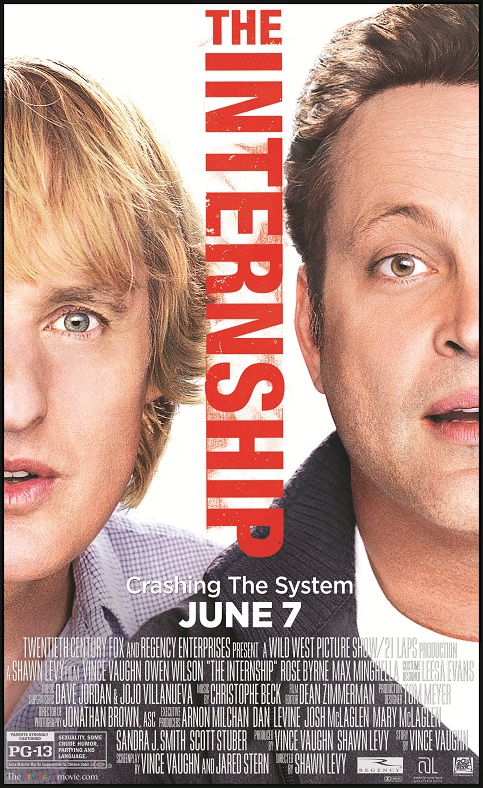 Do you want the chance to see an advance screening of THE INTERNSHIP in Salt Lake City on Wednesday, June 5 at 7:00 PM? Click here for your chance to download a printable pass for you and a guest! Seats in the theater are first-come, first-serve so PLEASE ARRIVE EARLY!

Vince Vaughn and Owen Wilson, who last teamed in The Wedding Crashers, are analog fish-out-of-water in a digital world, in THE INTERNSHIP. They portray out of work – and out of luck – salesmen who after finagling internships at Google, must compete with candidates half as old and twice as smart, for highly-coveted positions at the internet giant. It’s a brave new world for this old school duo, whose time-tested skills are pitted against their opponents’ high-tech savvy.