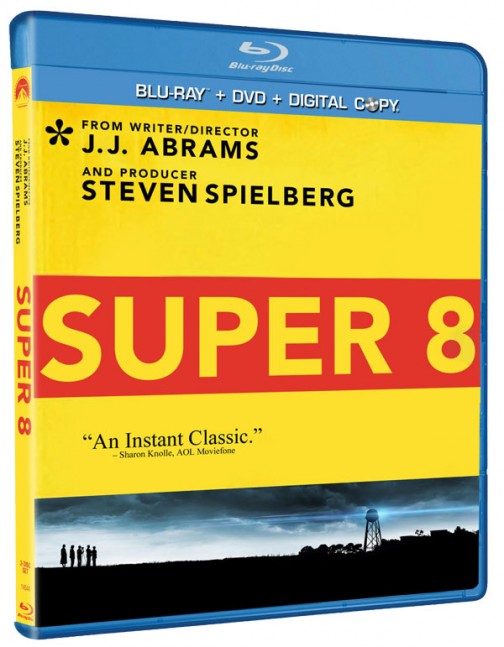 The best film of summer is headed to Blu-ray, DVD and Digital Copy next week, and J.J. Abrams and Paramount have a special treat in store for a few die-hard fans willing to show how much they love the movie. What’s being called a game of “Hide & Tweet” (get it, like “hide & seek?”) is going on all over the country. All across the U.S., copies of Super 8 that have been signed by writer/director J.J. Abrams have been hidden. Your job: to get out there and find them via hints posted online. If you can piece together the clues and find the physical copy before anyone else, you’ll not only get the Abrams-signed copy, but a Super 8 prize pack and two tickets to the premiere of Abrams-produced Mission:Impossible – Ghost Protocol. Not bad, huh? Worth the effort, right?

Here’s how it’s going to go down: each day we are going to change our Facebook status to give you a new clue. The final clue will roll in on Friday at 2PM. Once that post is live, you’ve got to piece together the puzzle and race off to find it before anyone else can beat you to it. Mind you, this promotion is not only going on in Salt Lake City, but all over the nation. The Reel Place will be promoting the Salt Lake City contest, so visit http://www.super8tweet.com/ for details about how to find it in your city.

Good luck! This is a contest worth the effort. Click here to “like” The Reel Place on Facebook so you can get the daily clues as they’re rolled out!

(Check back later this week as we will have a contest of our own to win one of six not-as-cool unsigned copies of Super 8 in Blu-ray/DVD combo packs that don’t contain tickets to the Ghost Protocol premiere.)