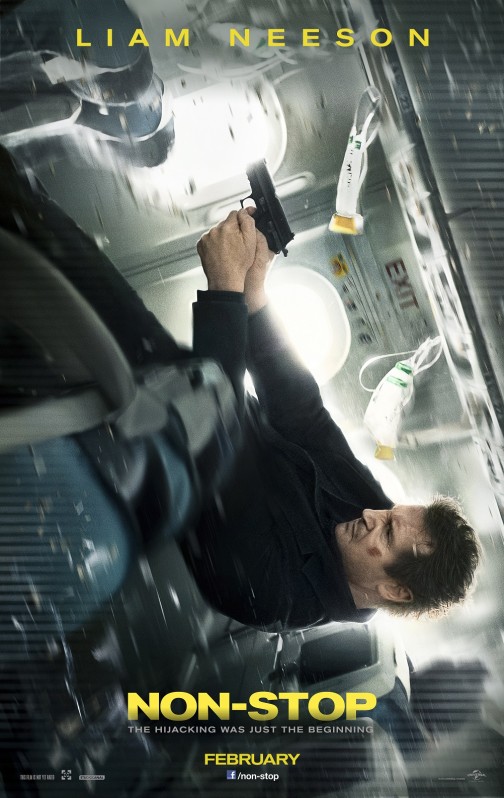 The Reel Place is excited to offer you the chance to see Non-Stop before it hits theaters! Enter to win an admit-two pass to the special advance screening being held on Tuesday, February 25 at 7PM in Salt Lake City by texting the word NEESON and your zip code to 43549. (ex. NEESON 80302) The deadline to enter is Sunday, February 23 and winners will be notified on Monday, February 24. Screenings are first-come, first-serve. Please contact the theater to find out when they’ll begin trading passes for tickets and arrive early. Non-Stop opens everywhere February 28!

Global action star Liam Neeson stars in Non-Stop, a suspense thriller played out at 40,000 feet in the air. During a transatlantic flight from New York City to London, U.S. Air Marshal Bill Marks (Neeson) receives a series of cryptic text messages demanding that he instruct the airline to transfer $150 million into an off-shore account. Until he secures the money, a passenger on his flight will be killed every 20 minutes. The film reunites Neeson with Unknown director Jaume Collet-Serra and producer Joel Silver, and co-stars Golden Globe Award winner Julianne Moore. www.nonstopthefilm.com